To celebrate the Duan Wu Festival and to promote the spirit of patriotism and good values, the “Duan Wu Carnival 2022”, co-organised by the Singapore Federation of Chinese Clan Associations (SFCCA), Singapore Chinese Cultural Centre and Toa Payoh Central Community Club, was held after a two-year hiatus, following the relaxation of pandemic prevention measures and the slowdown of the spread of the pandemic. In his opening speech at the Duan Wu Carnival 2022, Mr. Chua Kee Seng Thomas, President of SFCCA, said, “These programs have combined both traditional Chinese culture and unique local cultural elements in the form of games, allowing more people to participate.” 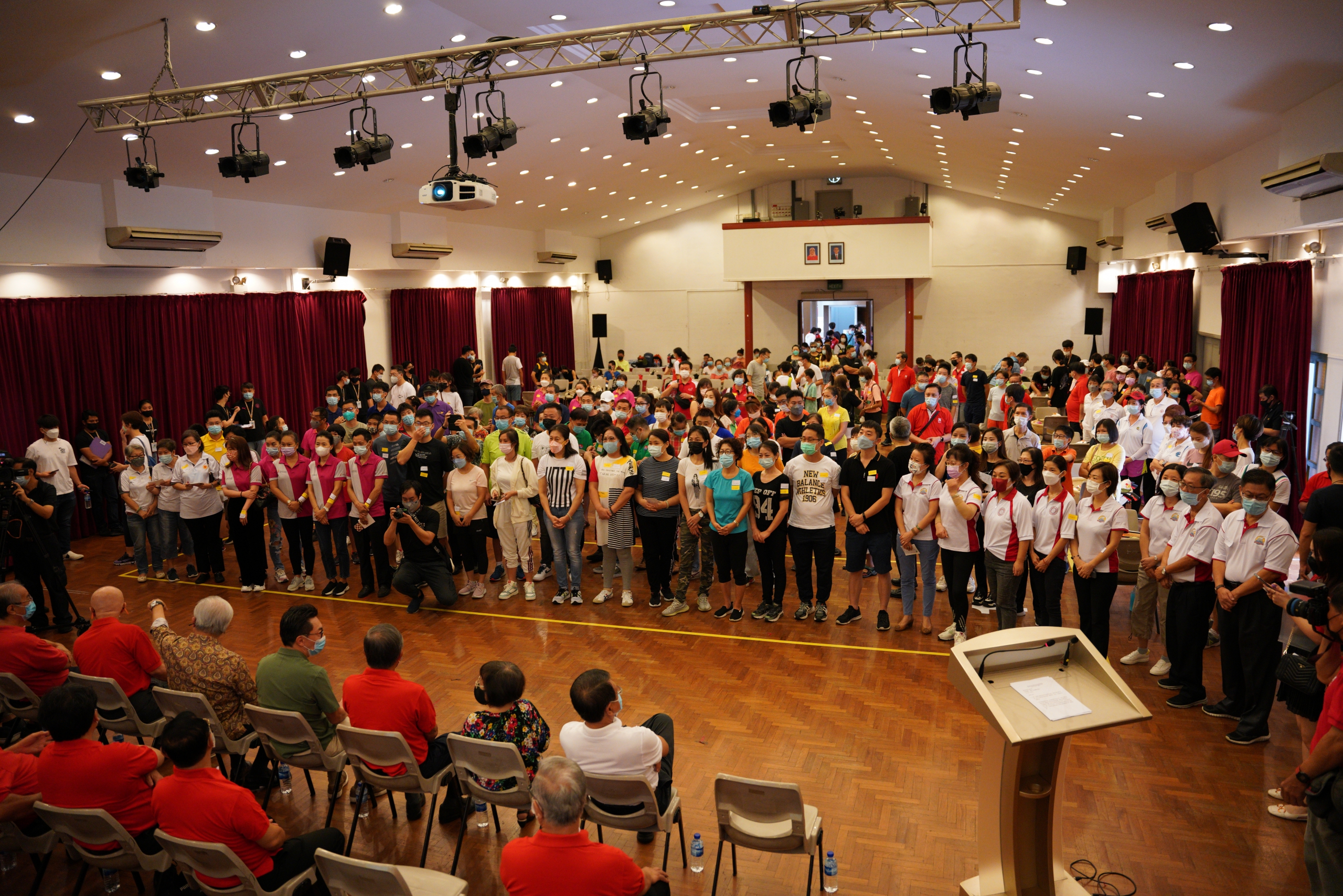 In addition to the offline activities, the organisers also organised a number of online activities, including the “Children and Youth Online Art Contest”, “Duan Wu Online Virtual Tour”, and “Duan Wu Online Mini Games”. SFCCA President Mr. Chua Kee Seng Thomas also mentioned that the pandemic has accelerated the digitalisation process and opened a new chapter of using technology to promote traditional culture. Therefore, in order to add fun and interactivity, the online game and cultural journey activities of the Duan Wu Festival were retained this year. 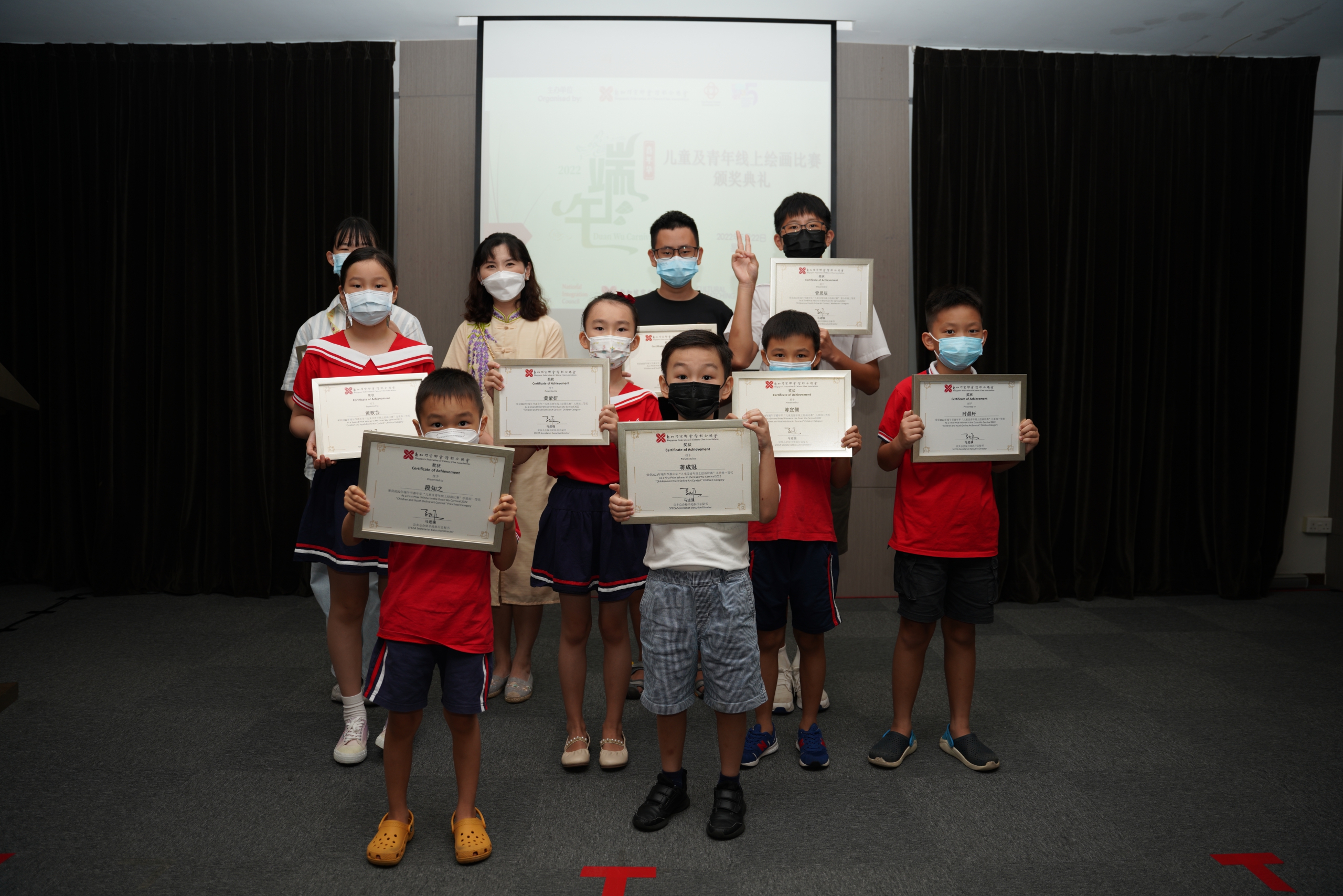 The winners of the “Children and Youth Online Art Contest”!

The theme of the highly popular “Children and Youth Online Art Contest” was “A Joyous Duan Wu Festival and Happy Family”, with an aim to encourage contestants to be creative in portraying happiness in their artworks. This year’s online art contest attracted 170 children and youths between the ages of 3 and 18. The online voting for the art contest received over 264,000 votes, reflecting an overwhelming response. A total of 30 participants won prize vouchers and a certificate each at the award ceremony of the Children and Youth Online Art Contest held at the second floor auditorium of SFCCA. Click here to see the winning entries. 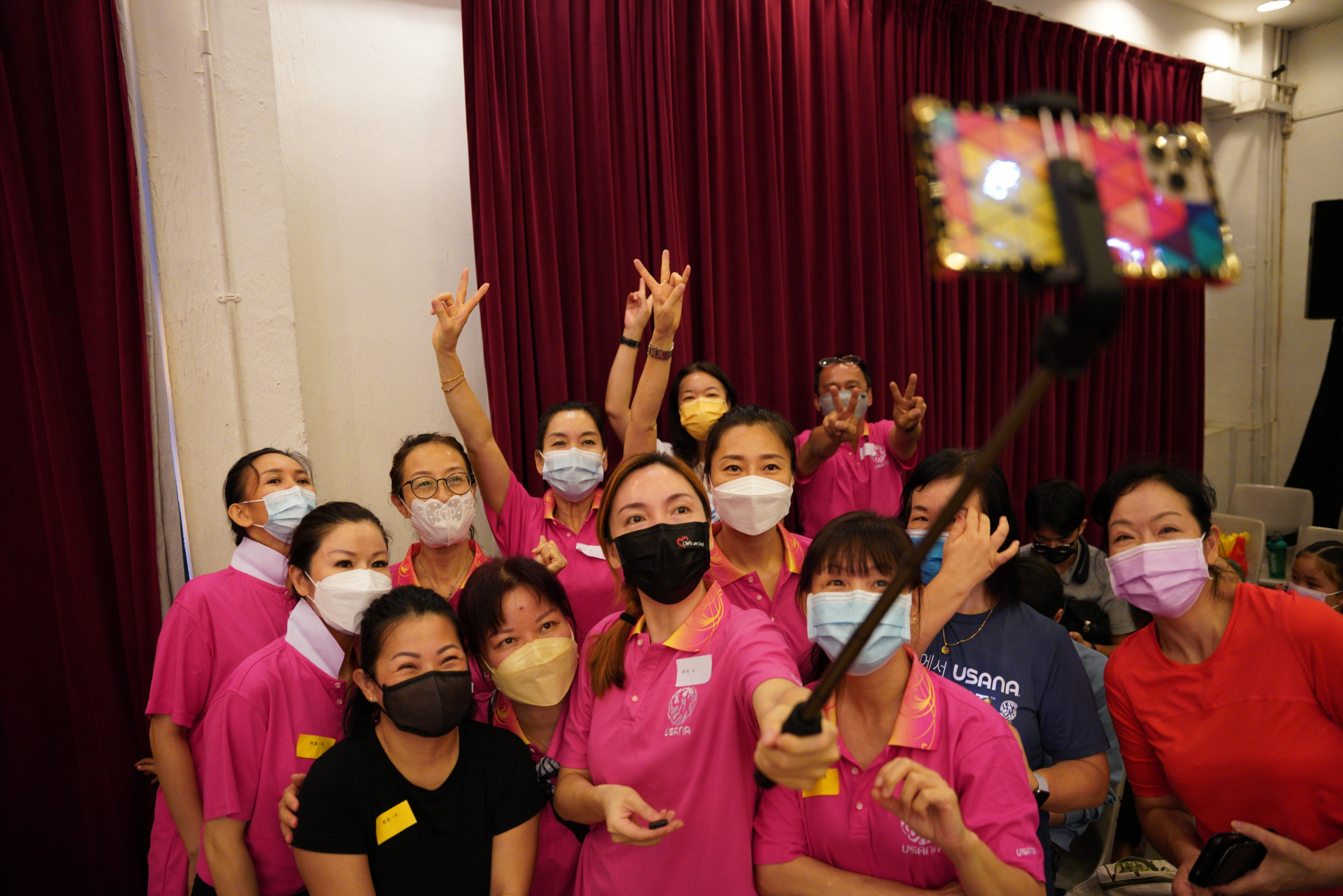 A group photo before the offline game competition begins!

There was an overwhelming response from more than 480 participants from clan groups, community clubs and other civic organizations participating in the offline game competition of “Dumplings Dash” and “Dumplings on the Roll”. The games were held in the auditorium on the first floor of the SFCCA building, with lots of fun and applause from the participants. The winning teams of each game also won a total of $2,000 worth of prize vouchers! 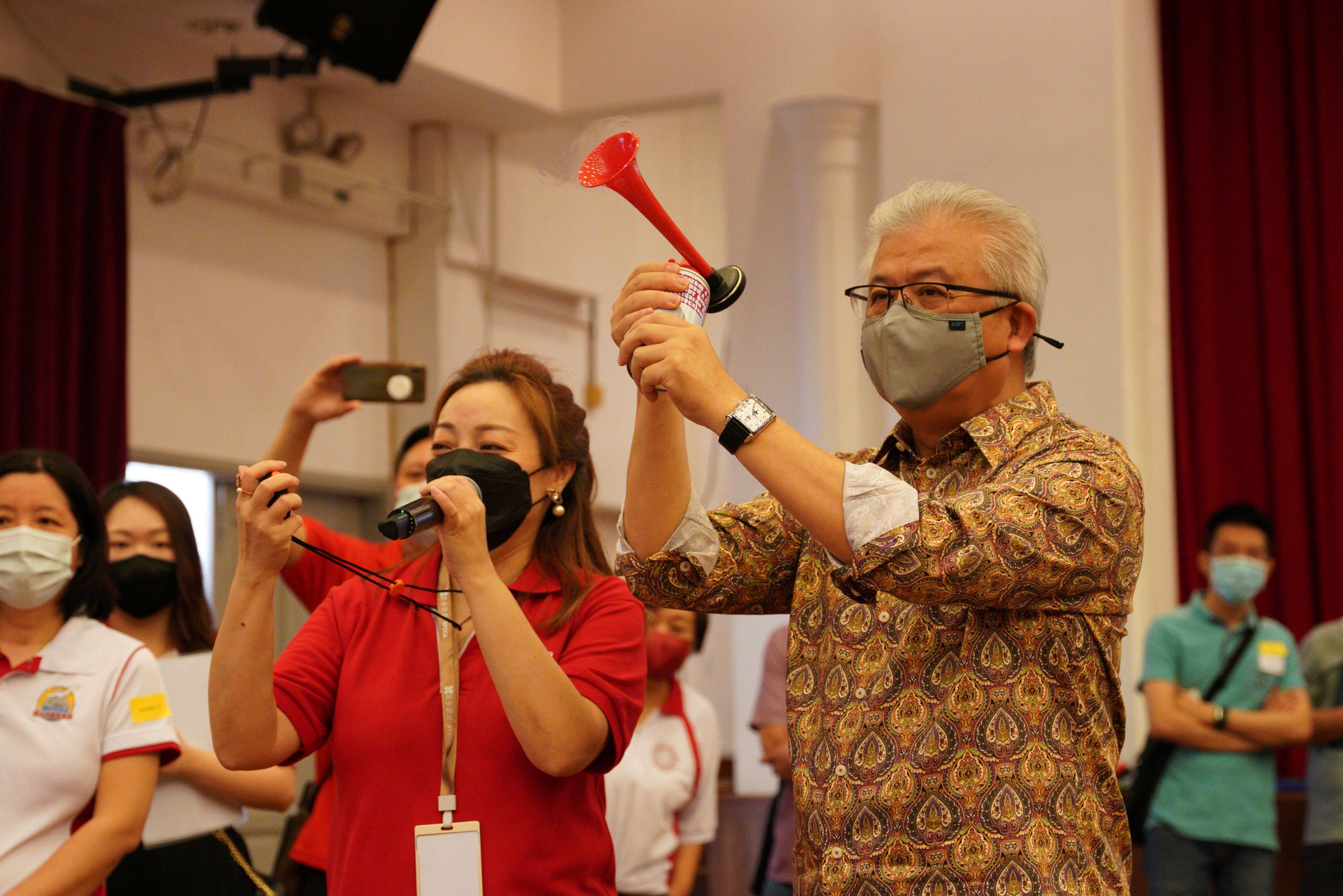 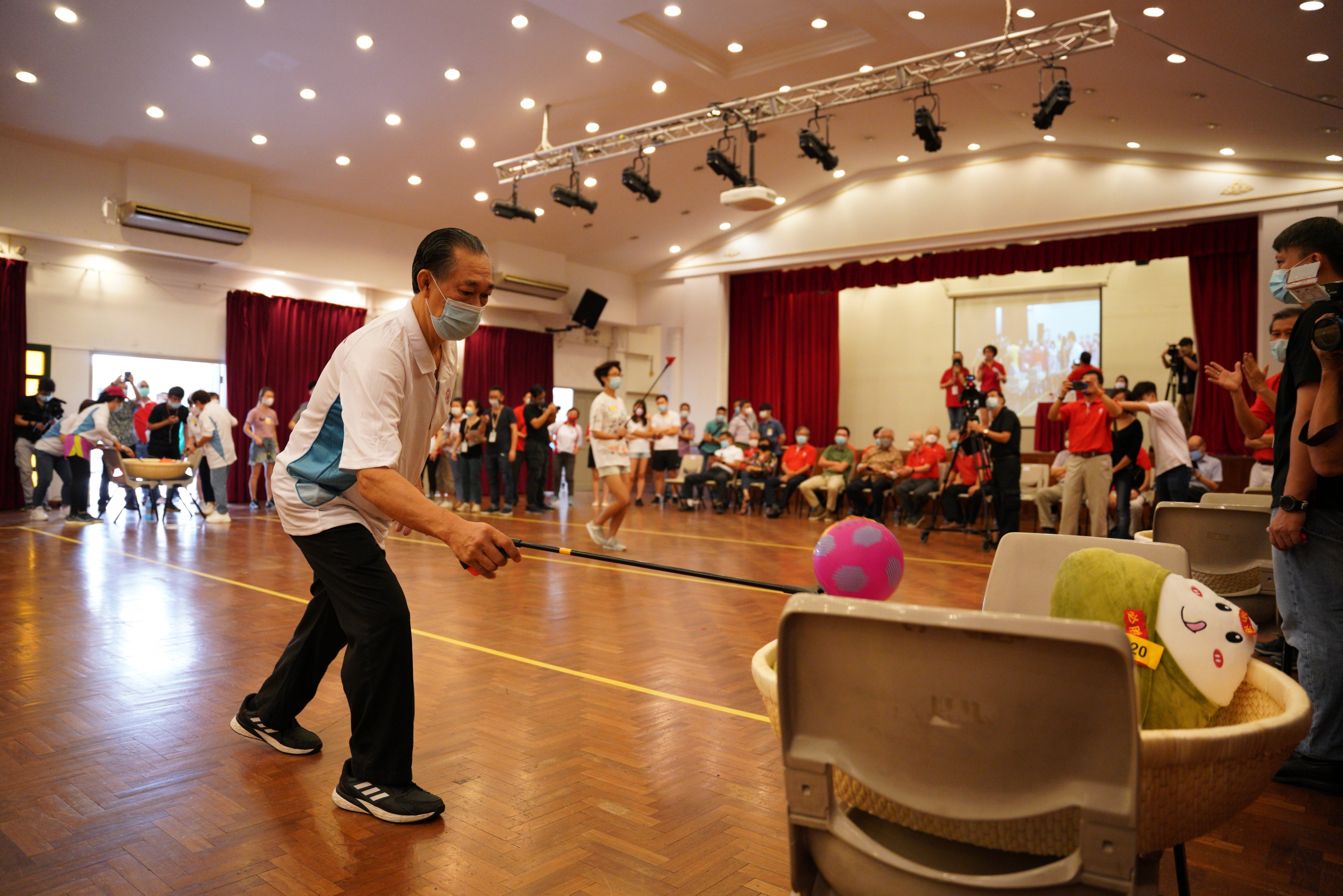 The “Dumplings Dash” game tested the balance, speed and team spirit of the participants.

In addition, following the overwhelming response to last year’s “Duanwu Online Virtual Tour”, the organisers once again led the public to explore the historical development and heritage of the Dragon Boat Festival online this year. The event was also conducted in both Chinese and English, hitting a maximum of 500 concurrent viewers online during the two-and-a-half-hour live broadcast, accumulating over 1,200 views and interactions from participants across all ages.

The “Duanwu Online Virtual Tour” took participants through the Dragon Boat Festival from ancient times to the present.

The “Duanwu Online Virtual Tour” was a great success! 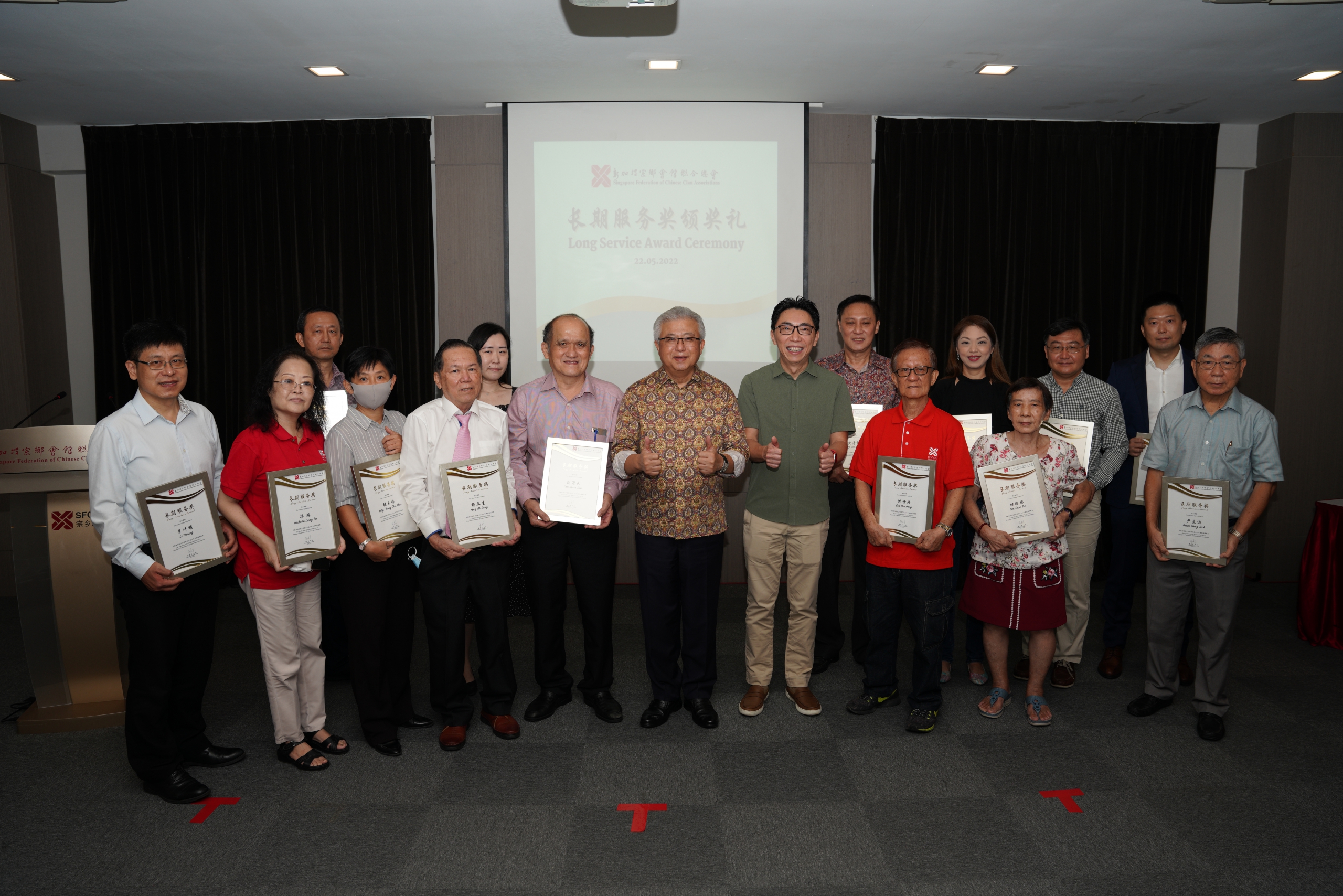 Mr. Chua Kee Seng Thomas, President of SFCCA, and Mr. Ng Siew Quan, Secretary-General of SFCCA, together with the Executive Committee and Secretariat staff who received the Long Service Award.

On the same day, the Association also held an award ceremony for the 2021 Yuan Magazine Outstanding Literary Works. Six essays were shortlisted for the award, namely 《漫步加冷河畔》 by Qi Ya Rong, 《遇见2020》by Chen Ya En, 《乌鸫的联想》by Xu Li Hua, 《南洋骑楼漫想》by Li Jing, 《寻找》by Lin Jin, and 《相见时难别亦难》by Zhao Hong. After careful selection, 《南洋骑楼漫想》won the “Outstanding Literary Work Award 2021”. In her acceptance speech, Ms. Li Jing mentioned that she did not expect to win this award and recounted that she had worked as a teacher in China and only started to develop an interest in literature after coming to Singapore. She had learned of this opportunity because of the Yuan magazine that her son brought back from school.

In his speech, Mr. Chua Kee Seng Thomas, President of SFCCA said, “This award was established not only to encourage more writers to create literary pieces for the local literary scene, but also to ensure that the legacy of Chinese culture will be sustained and continue to grow.” 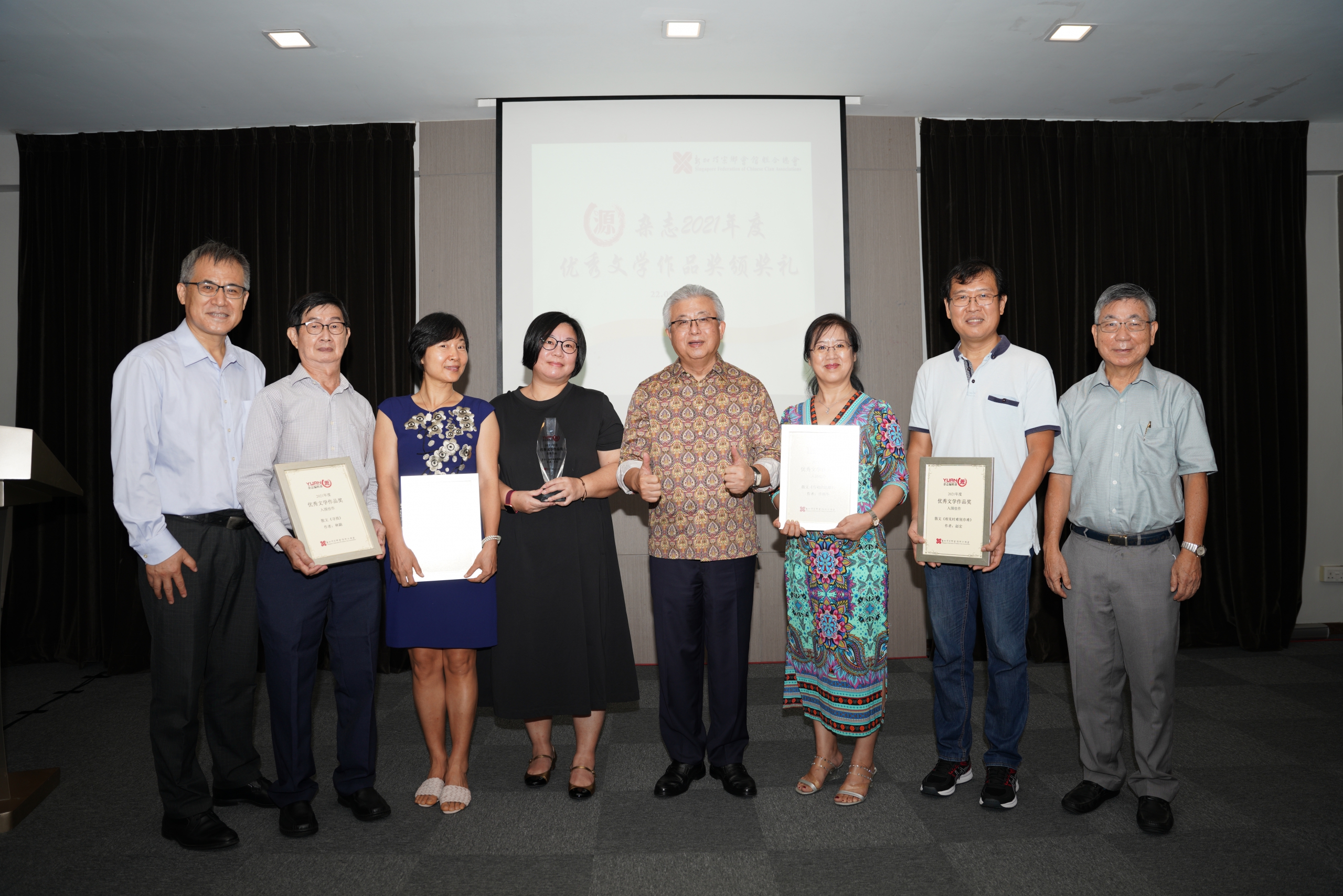 The winner of the Yuan Magazine 2021 Outstanding Literary Work Award (fourth from left) and the other four finalists together with President of SFCCA Mr. Chua Kee Seng Thomas (fifth from left), and the two judges of the work award, Head of Chinese Programme at the Singapore University of Social Sciences Professor Luo Futeng (first from left), and Editorial Board Director of Yuan Magazine Mr. Giam Meng Tuck (first from right).