During her visit to the Singapore Federation of Chinese Clan Associations (SFCCA) on 19th December 2019, President Halimah Yacob recognised the efforts of SFCCA in promoting Chinese culture and values. 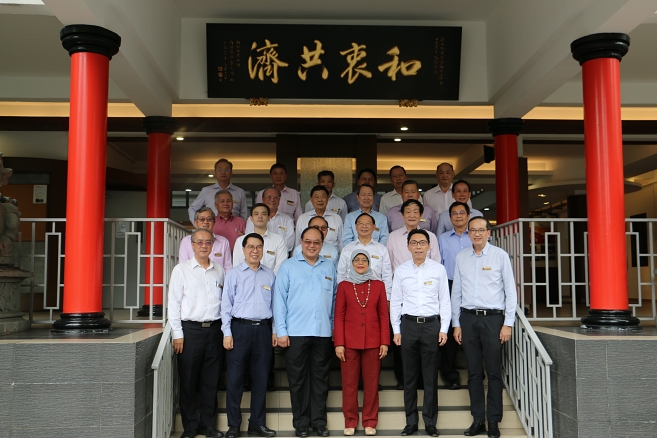 President Halimah (front row, third from the right) with the SFCCA Council Members

With the company of the President of SFCCA, Mr Tan Aik Hock, she visited “Singapore Chinese: Then and Now” —a gallery that reflects the process of how our overseas Chinese ancestors had settled down in Singapore—to gain a deeper understanding of how the Singaporean Chinese society has changed over the past century. Following this, President Halimah interacted with the Council of SFCCA to ask about future developments of the Chinese society. 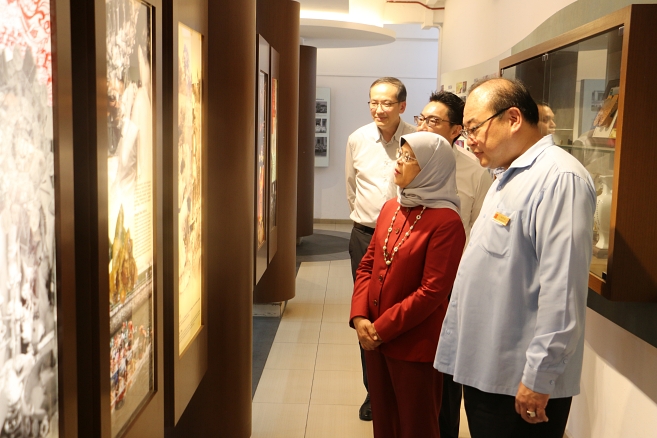 President of SFCCA, Mr Tan Aik Hock, (first from the right) and Council Members visiting the “Singapore Chinese: Then and Now” gallery together with President Halimah (second from the right) 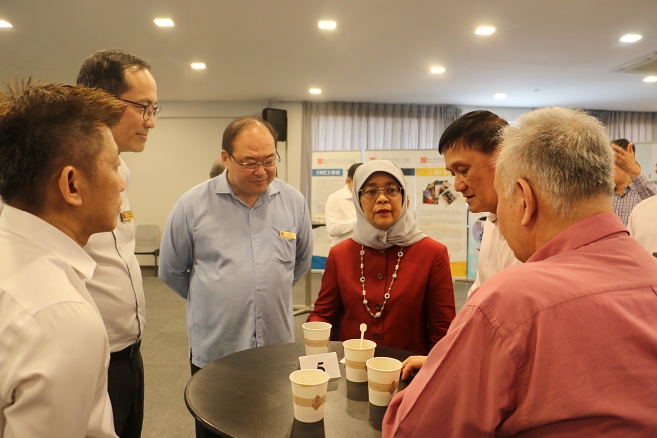 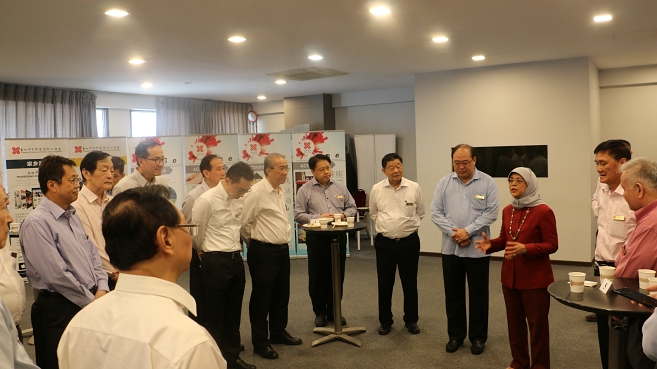 President Halimah said, “Clan associations play a pivotal role in the passing down of traditional Chinese culture and the strengthening of our social fabric. Similarly, the contributions of SFCCA in these aspects are as clear as day. Additionally, SFCCA has maintained close relations with other social organisations which is vital to the maintenance of a harmonious multi-racial and multi-cultural society.”

President Halimah thinks that the main challenge faced by SFCCA in this new era is finding ways to attract youths to join their ranks and groom successors. She suggests utilising social media platforms to engage youths or hosting a variety of programmes suited to youths’ interest to encourage them to join the Chinese society. On top of this, SFCCA has a duty to lead its members by encouraging them to make necessary changes in order to keep pace with the times.

President Halimah had been invited as the Guest of Honour in previous activities organised by SFCCA, such as Duan Wu Carnival 2018 and Spring Reception 2019. This is her first time visiting SFCCA as the President of Singapore.

Established in 1985, Singapore Federation of Chinese Clan Associations is the apex body of the Chinese clan associations in Singapore, with Prime Minister Lee Hsien Loong named as our first Patron in 2011. The Federation’s primary objectives are to promote understanding and appreciation of Chinese language, culture and values; to lead the Chinese clan associations in Singapore, as well as, organise and support educational, cultural and community activities. The Federation now boasts a membership of over 230 clan and cultural bodies.