With the approach of the Duan Wu Festival, Singapore Federation of Chinese Clan Associations (SFCCA), together with Singapore Chinese Cultural Centre (SCCC) and Toa Payoh Central Community Club, organised “Duan Wu Carnival 2019” which was held on 1st June 2019 at the amphitheatre in front of Toa Payoh Community Library. Mrs Josephine Teo, Minister for Manpower and Second Minister for Home Affairs, graced the event as Guest-of-Honour to celebrate the Duan Wu Festival with the community.

To honour our nation and ethnic heritage while celebrating the Duan Wu Festival, the annual Duan Wu Carnival is in its ninth year this year.. The event incorporated unique local feature through traditional cuisines, cultural performances and games, attracting people from all walks of life. President of SFCCA, Mr Tan Aik Hock said that, “In the context of the modern society, traditional festivals are to stay relevant by being innovative and keeping up with the times”. Hence, since 2011, the organisers have introduced the celebration of Duan Wu Festival to the community in the form of an all-encompassing carnival, aimed at bringing together the community and enhancing mutual understanding among the communities.

President Tan also mentioned that SFCCA would carry out a series of activities in celebration of its 35th anniversary in 2020, promoting Singapore’s ethnic heritage in an innovative way. 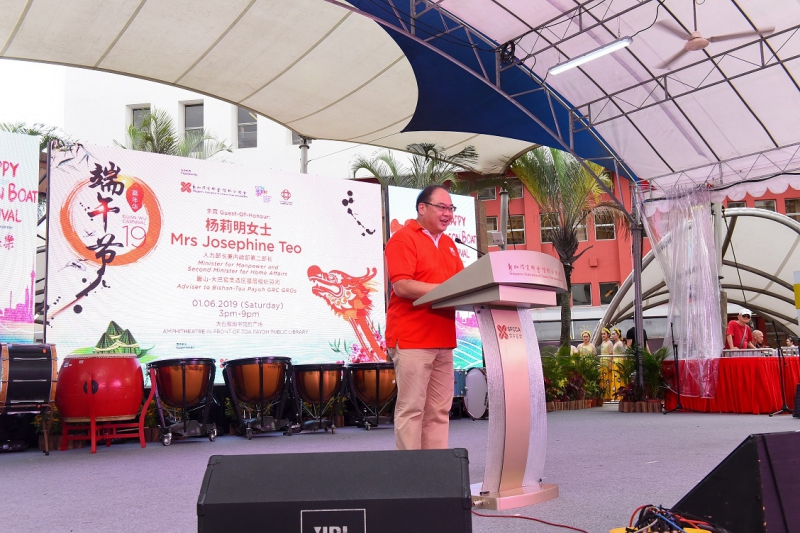 This year’s carnival saw the introduction of various new features which attracted the participation of various ethnicities. Tying in with the commemoration of Singapore’s bicentenary, a specially commissioned performance with close to 100 performers of different ethnicities was featured where the crowd was invited to participate alongside them in an energetic drum performance, exemplifying the unity of the various ethnic groups in Singapore. 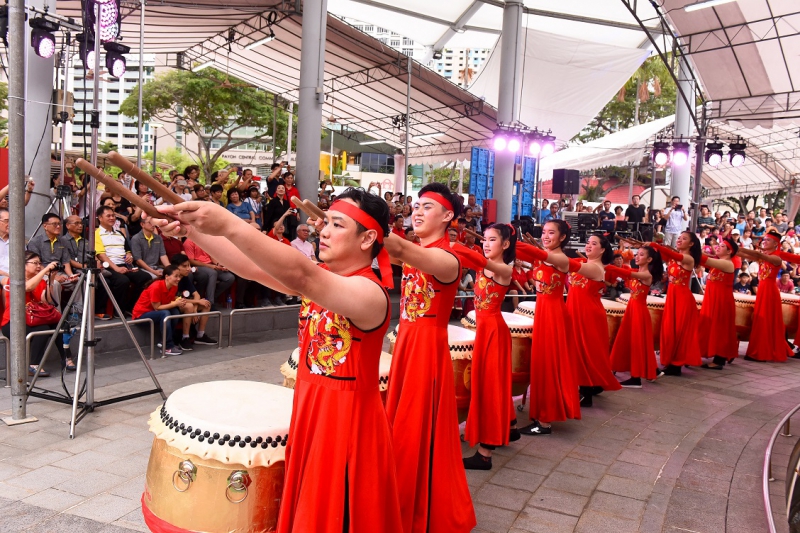 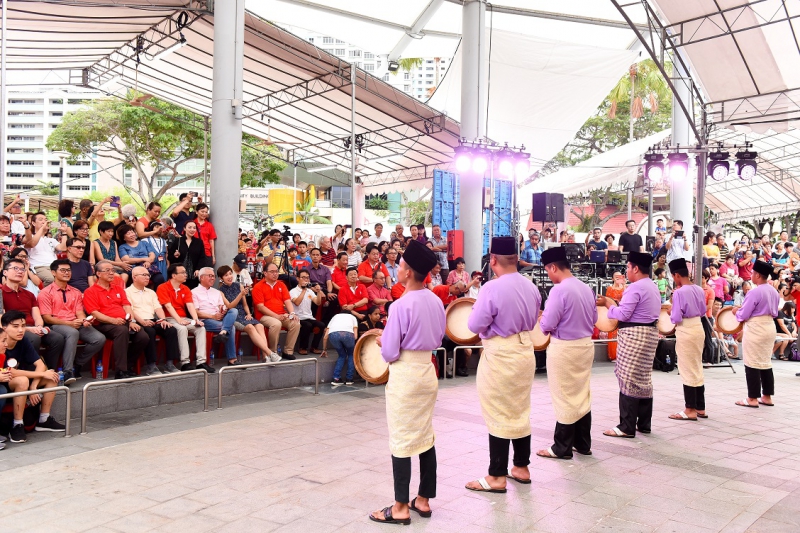 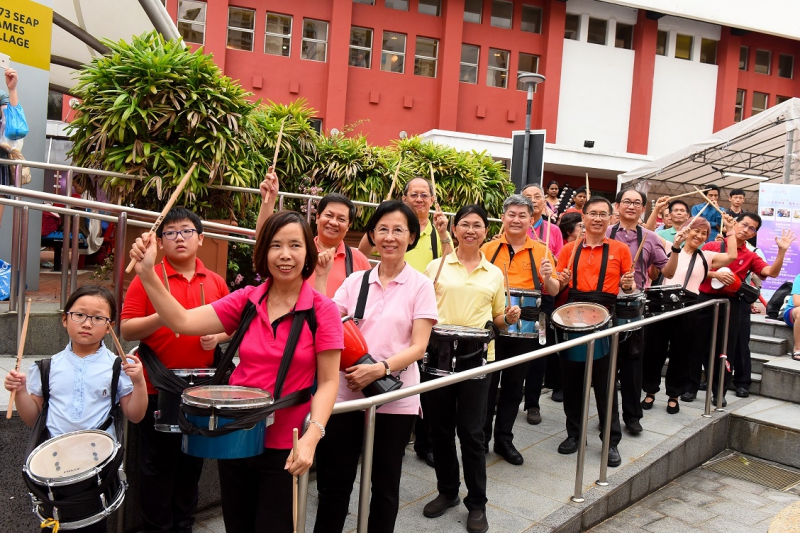 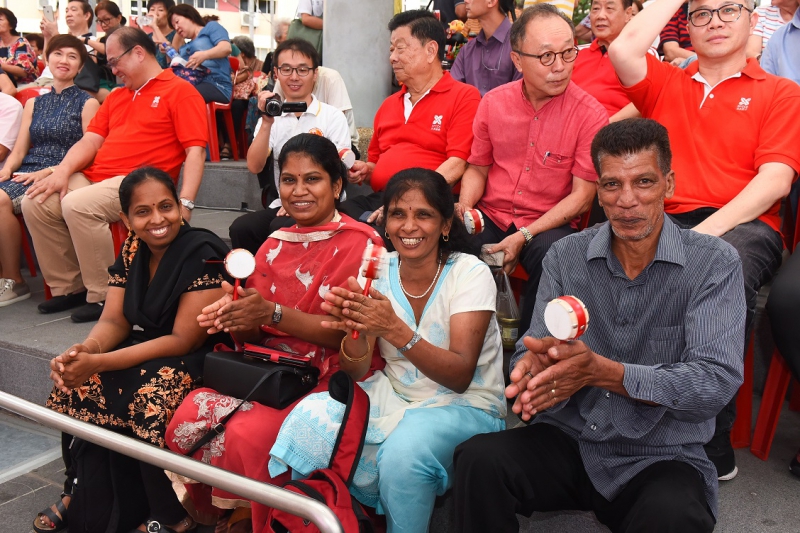 A condensed version of the “New World, New Life” exhibition was also brought to the carnival grounds, offering visitors a glimpse of the life of our pioneers as they settled down and started their new lives in Nanyang. It was hoped that the exhibition would give visitors a better understanding of Singapore’s history. 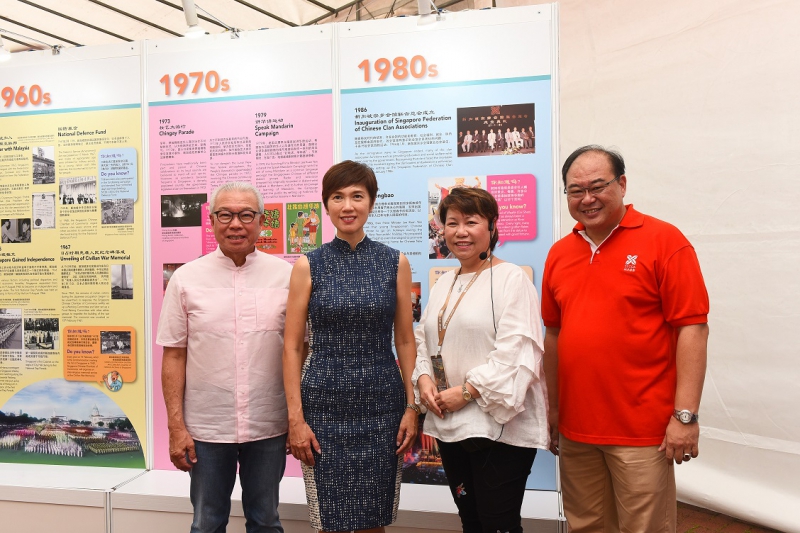 The highlight of the carnival was the land dragon boat competition, attracting enthusiastic participation from all. 20 teams consisting member associations from SFCCA and other organisations competed for the title. After much anticipation and excitement, representatives from LeCharity-Singapore emerged as the champion, with Eng Choon Huay Kuan Singapore claiming second and Singapore Lee Clan General Association claiming third. 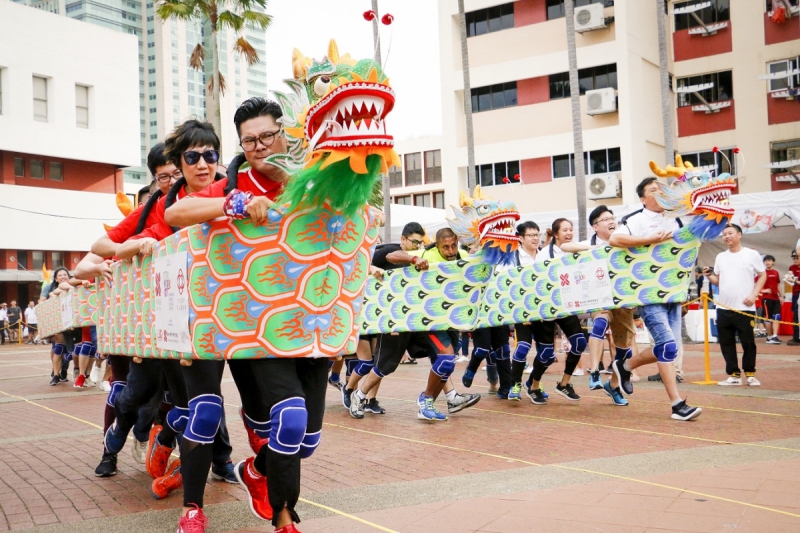 Participants running towards the end point with all their might 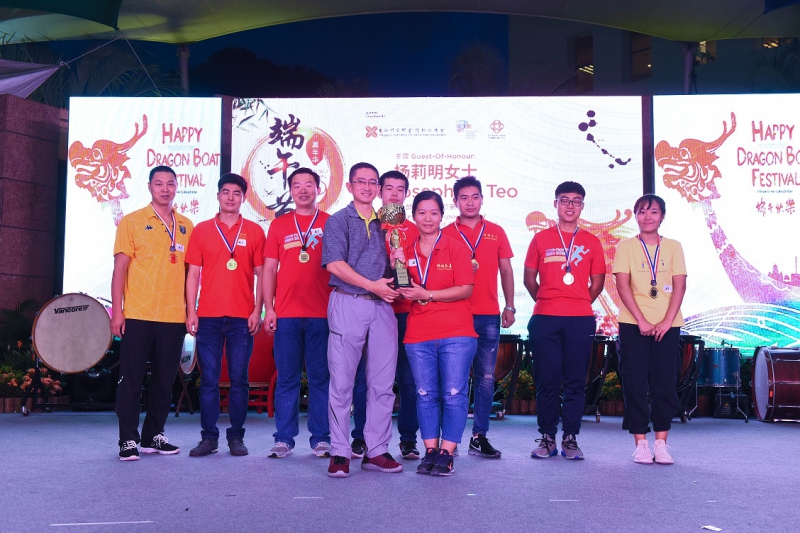 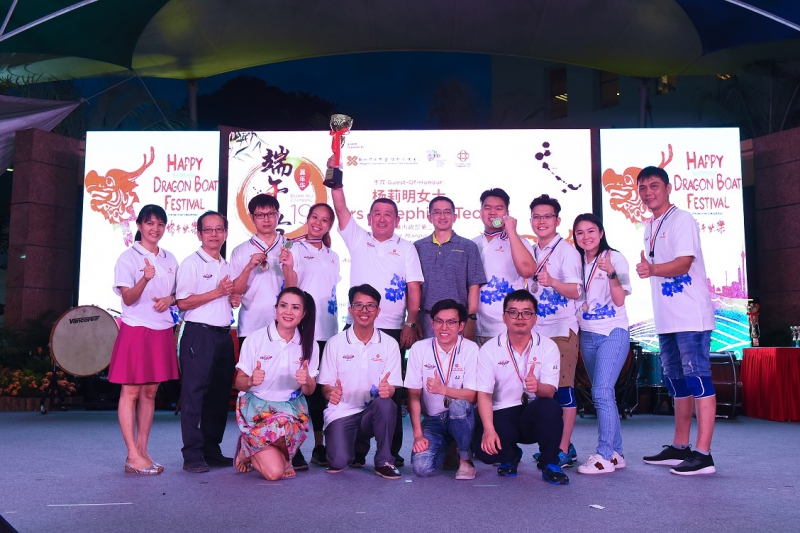 After claiming the second prize, members of Eng Choon Huay Kuan Singapore gathered together on the stage to celebrate their victory 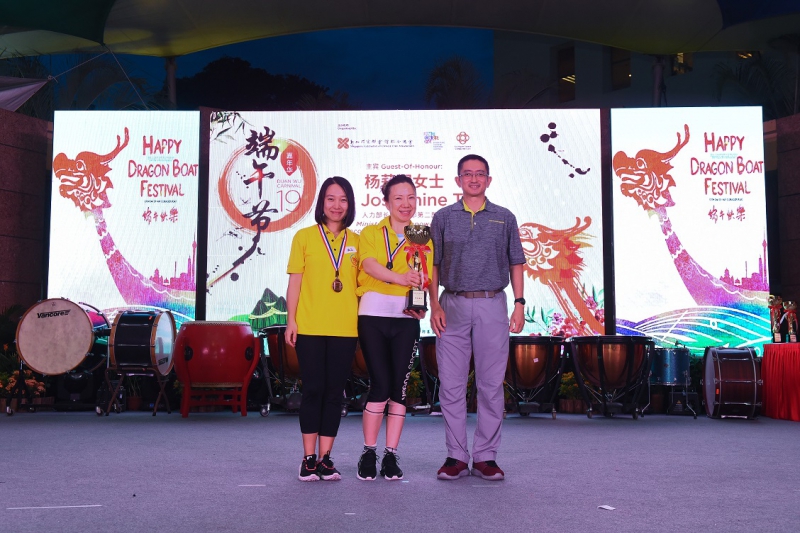 Due to the popular demand of the land dragon boat competition, the organisers had also decided to host a competition for the young ones this year, hoping that they could earn more about teamwork and tradition through this fun competition. 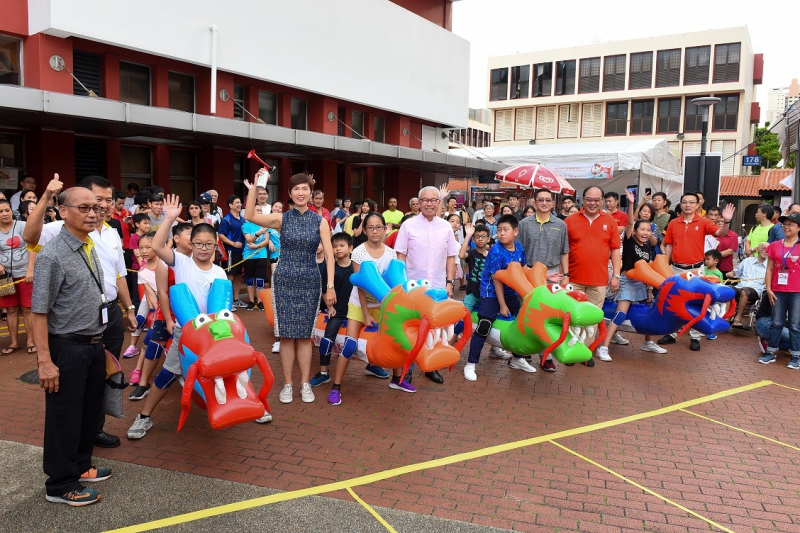 The organisers also incorporated latest technology into the carnival such as Duan Wu Festival online games, real-time photo sharing, bringing across a variety of fun and engaging games for the crowd and allowing both young and old to learn more about this Chinese festival. Other featured items at the carnival included sales of traditional cuisine and on-the-spot art competition which were all well-received by visitors and participants.