Following the Council election which took place last month, Singapore Federation of Chinese Clan Associations (SFCCA) had formed the 16th Council and Executive Committee. The new members of the Council and Executive Committee were formally appointed at the Investiture Ceremony which took place on Sunday, 7th October 2018. The ceremony was presided over by Deputy Prime Minister Mr Teo Chee Hean who witnessed the monumental moment in SFCCA’s history. 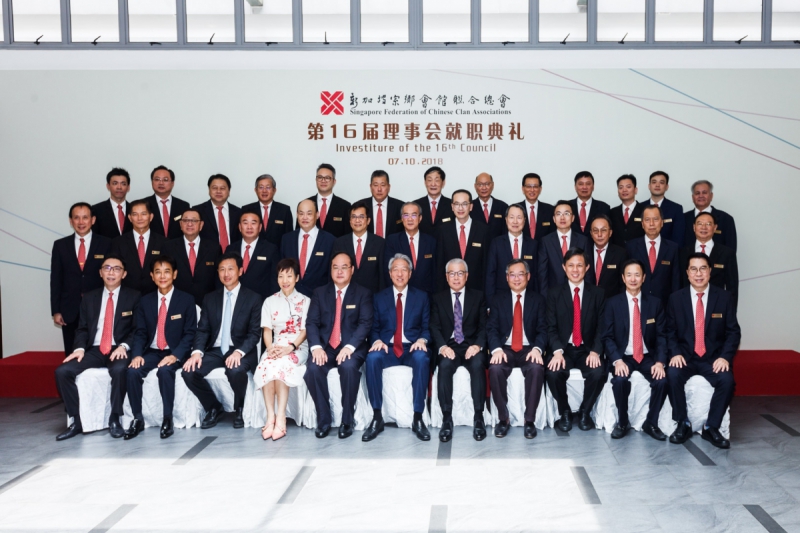 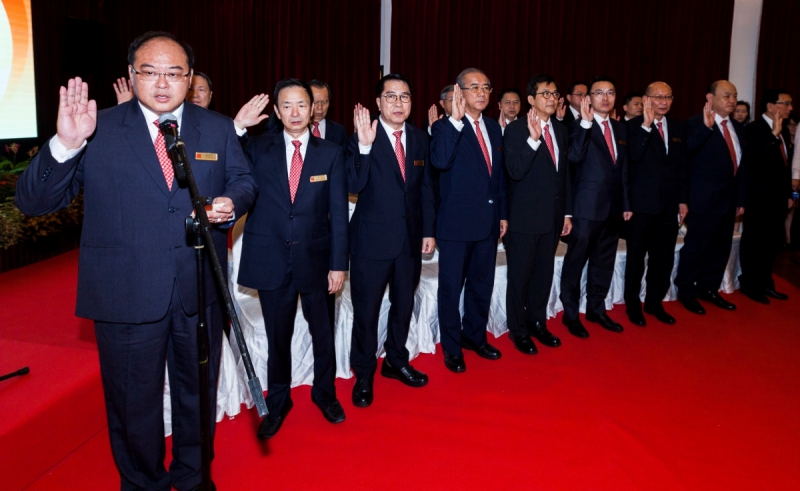 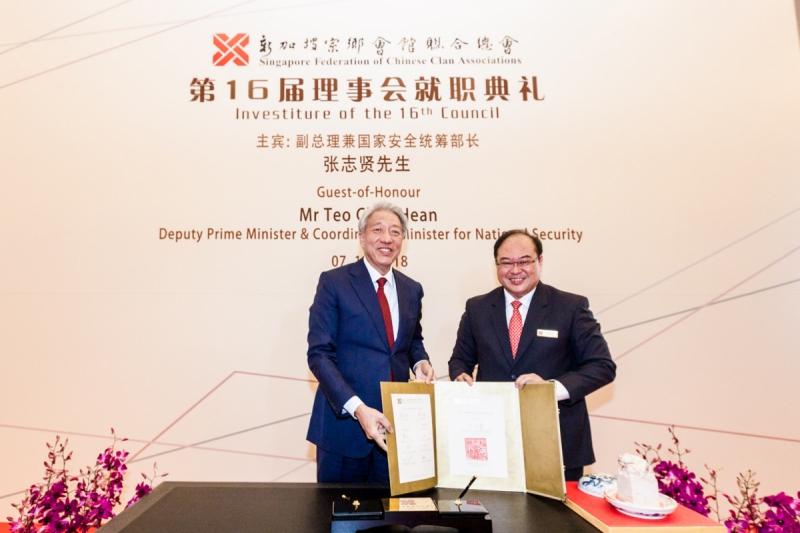 Mr Tan Aik Hock took over as the third SFCCA President from Mr Chua Thian Poh. In his acceptance speech, Mr Tan expressed his appreciation for the contributions that Dr Wee Cho Yaw, the first SFCCA President, and Mr Chua Thian Poh, the second President, had given to SFCCA and its member associations. He also promised to continue the leadership direction laid down  by the past Councils, to further cement and elevate SFCCA’s sphere of influence in the society. The 16th Council will also continue to render their assistance to clan associations with limited resources, as well as organise more innovative activities to attract youth participation in the Chinese community so as to realise the social responsibility the Chinese community has to the society at large. 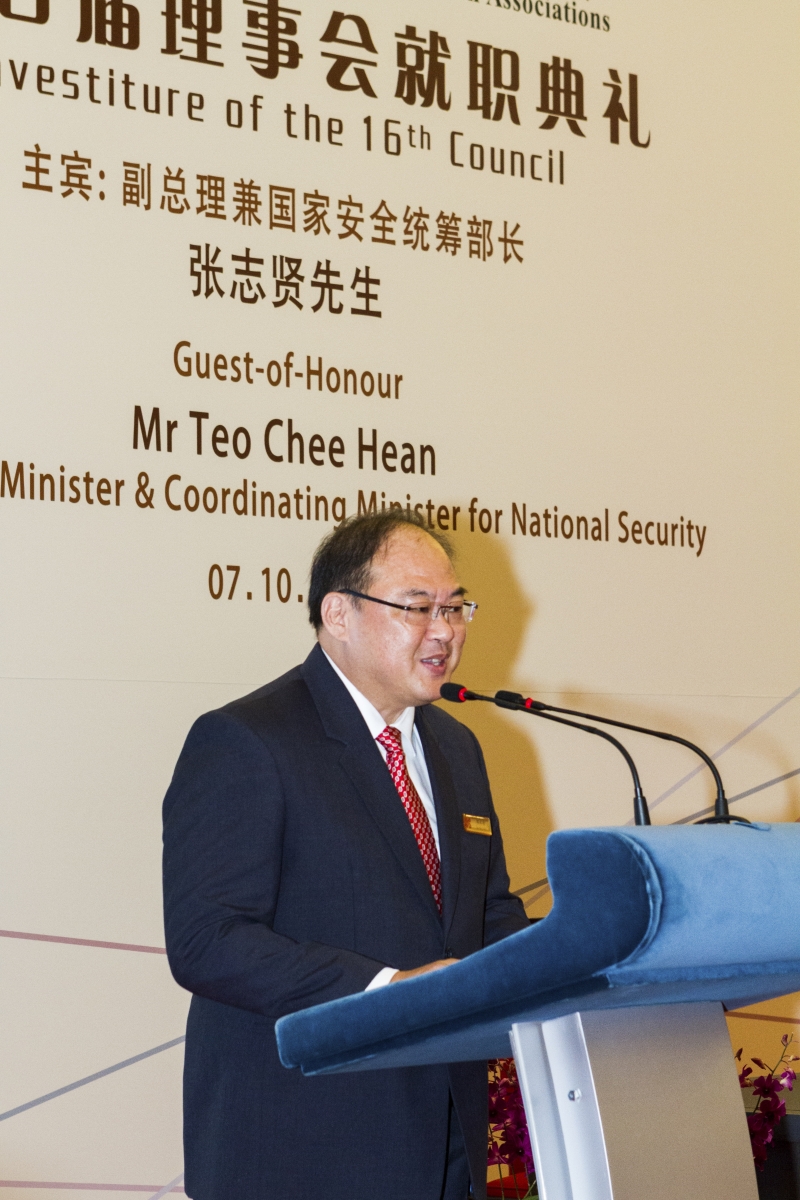 Newly-appointed President, Mr Tan Aik Hock, expressed in his speech that the new council will continue to attract youths into the clan associations through innovative activities, nurturing the new generations and invoke their appreciations towards the Chinese cultures

After leading SFCCA for eight years, Mr Chua Thian Poh would be taking on the role as Honorary President. He thanked the members of the past Councils, as well as members from the community at large for their trust and support over the years, and encouraged the new Council to continue working in togetherness to bring SFCCA to greater heights.

Deputy Prime Minister Mr Teo Chee Hean expressed high hopes for the new Council, and SFCCA to be an important bridge between the people, the bridge between the old and new, and the bridge between countries. He hoped SFCCA could continue to introduce more innovative programmes and strengthen exchanges with the youths and deepened interaction among locals and new immigrants. He also hoped that SFCCA will continue to provide scholarships and internship opportunities to groom the next generation of bilingual and bicultural Singaporeans, making contribution to Singapore-China bilateral relations.

The new Council also boasts of younger members with an increase in number of those aged 50 and below [1], lowering the average age by 2 years. The new President Mr Tan Aik Hock is 49 years old, while the youngest Dr Zhou Zhaocheng, Chairman of Social Affairs Committee, is only 45 years old. This contrasts with the current Council composition of most clan associations, of which close to 80% are 51 years and above, and further attests to SFCCA’s purposeful move to attract younger leaders. The new Executive Committee has also appointed 28-year-old Mr Chan Jin Hong as the Vice Chairman of Youth Committee, in the belief that this younger leadership can bring about a fresh outlook for SFCCA.

[1] Results from the Member Associations Survey conducted between April to July 2018 showed that out of the 5042 Council Members from 169 clan associations, 3975 of them were aged 51 and above, which amounted to about 79%.