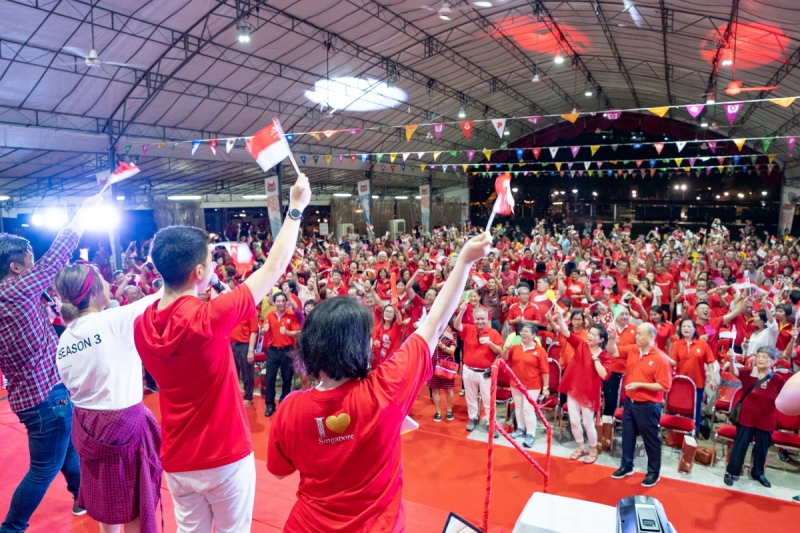 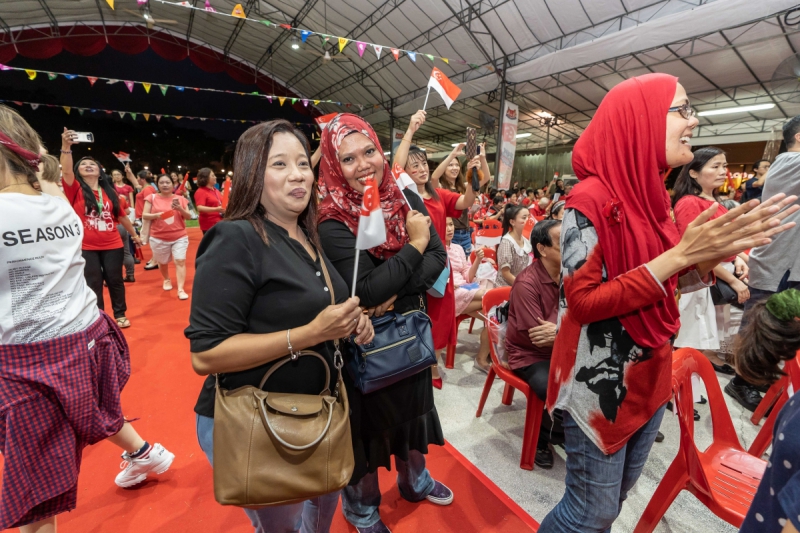 Many friends from other races also joined in the fun 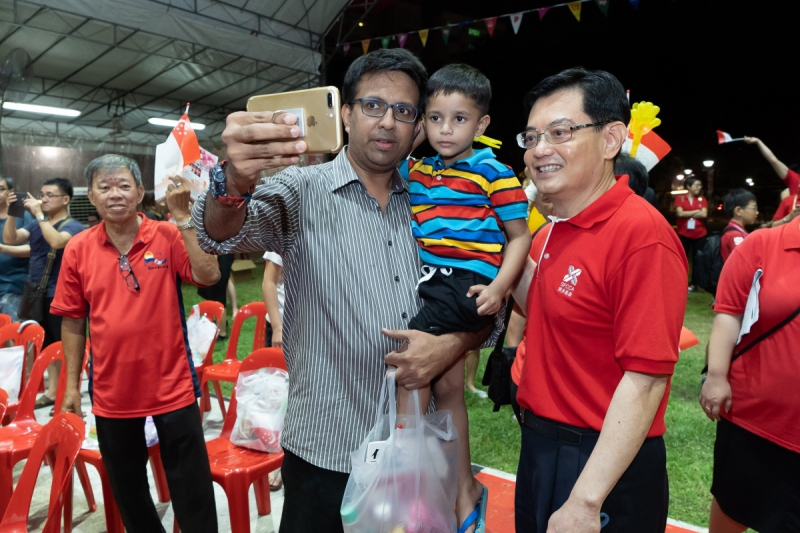 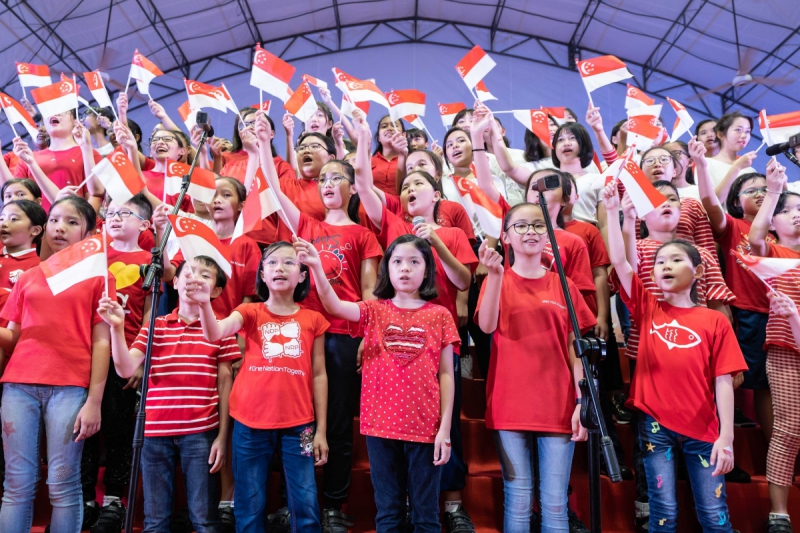 The combined school choir performed many classic National Day songs, successfully getting everyone to sing-along 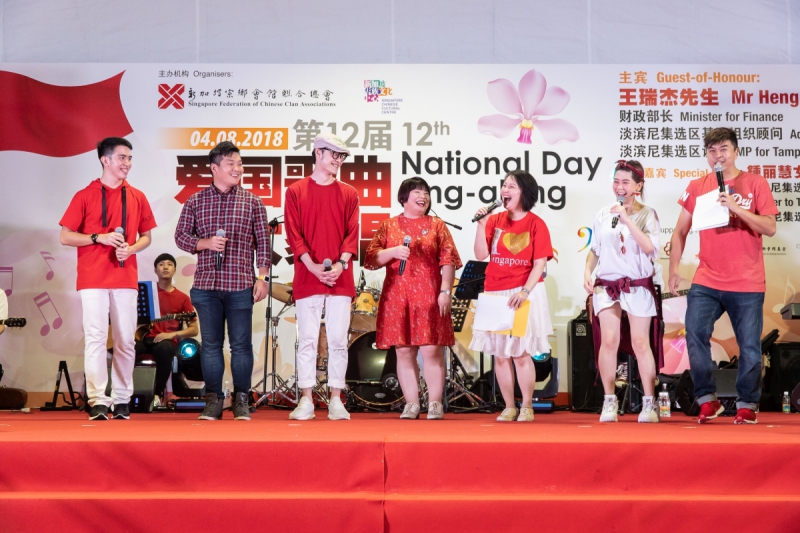 Many local artistes were at the event, actively interacting with the audience and hyping up the atmosphere

This community event used to be held at the People’s Park Complex and Toa Payoh HDB Hub Mall, but the organisers decided to hold it at Tampines this year, for the first time. SFCCA Cultural Committee Chairman, Mr Wan Shung Ming, said, “We hope that this activity will encourage different social groups to mingle through singing familiar songs together, and increase their sense of identity, and make them feel proud of Singapore’s achievements.”