Jointly organised by Singapore Federation of Chinese Clan Associations (SFCCA), Singapore Chinese Cultural Centre (SCCC) and Toa Payoh Central Community Centre (TPCCC), Duan Wu Carnival which was held in Toa Payoh heartland had concluded successfully attracting over 10,000 to the carnival. The carnival was graced by President of the Republic of Singapore, Mdm Halimah Yacob as the Guest-of-Honour.

Following its inaugural launch in 2011, Duan Wu Carnival is now in its eighth year and commits to honour affection for the nation and foster social cohesion in its celebration of Duan Wu Carnival, which is often known as Dragon Boat Festival. Through a series of immersive activities at the carnival, this had created a good opportunity to bring all ages and races together and enjoy the festivities. As President Halimah mentioned during her speech at the carnival that the active interaction among different ethnic groups had contributed to the efforts of fostering social cohesion and laying a solid foundation in promoting social harmony for Singapore. She had also enjoyed the Land Dragon Boat Competition, a reinvented traditional sports raced on land, which she found it innovative and also stressed on the importance of teamwork. 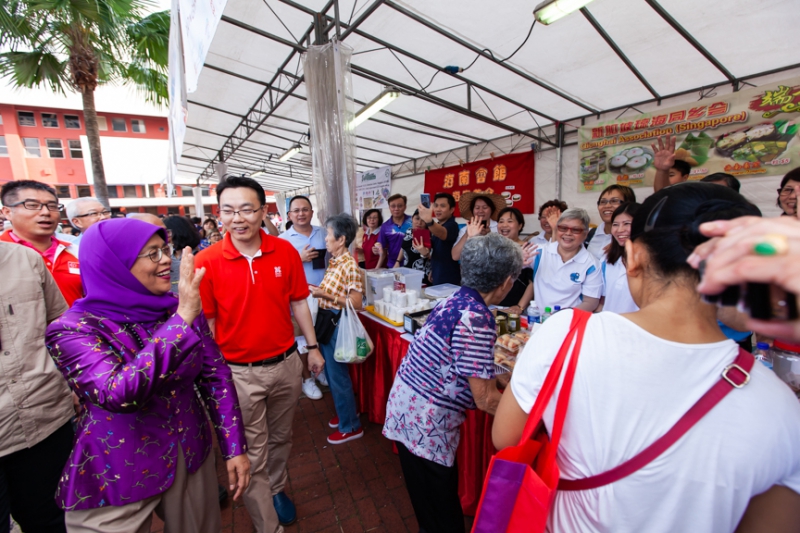 President Halimah gracing the carnival as the Guest-of-Honour, interacting with the public

Mr Chua also revealed that starting next year, the Organisers would take the festival celebration up a notch by enhancing “the meaning of the Dragon Boat Festival through the carnival – to honour our pioneers and encourage youths to inherit the pioneers’ invaluable spirit of giving back to the society.” This also resonates with the “Unsung Heroes” series of projects that SFCCA is working on for Singapore’s bicentennial in 2019.

A wide array of activities curated for boasting the Singapore’s diversity with the efforts from various ethnic groups, the Land Dragon Boat Competition was especially exciting with a record high of 24 ethnically diverse teams from clan and community bodies as well as the public competing for the accolade. Winning team went to Singapore Chin Kang Huay Kuan for the Land Dragon Boat Competition. This was also their second consecutive win. 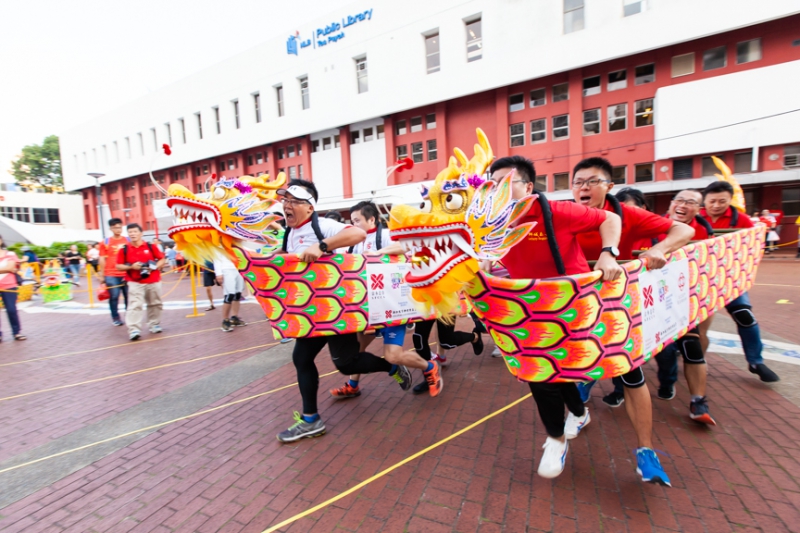 Participants charging forward to the finishing point, giving in their best to the race 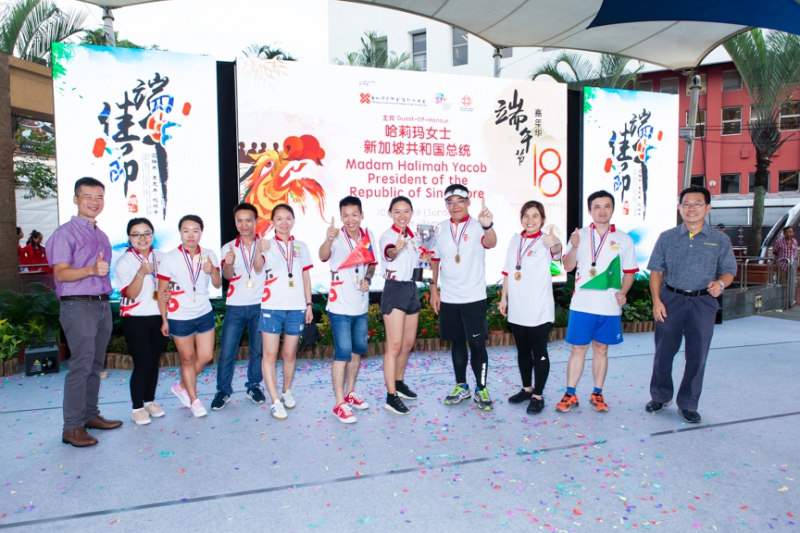 Besides the multi-cultural performance, stalls dedicated to serve sumptuous traditional locals delicacies from various ethnic groups reflects the Singapore’s unique diversity. On-the-Spot Art Contest 2018 was another carnival favourite as the young ones turn their creativity into astonishing art works based on their perception on the carnival. 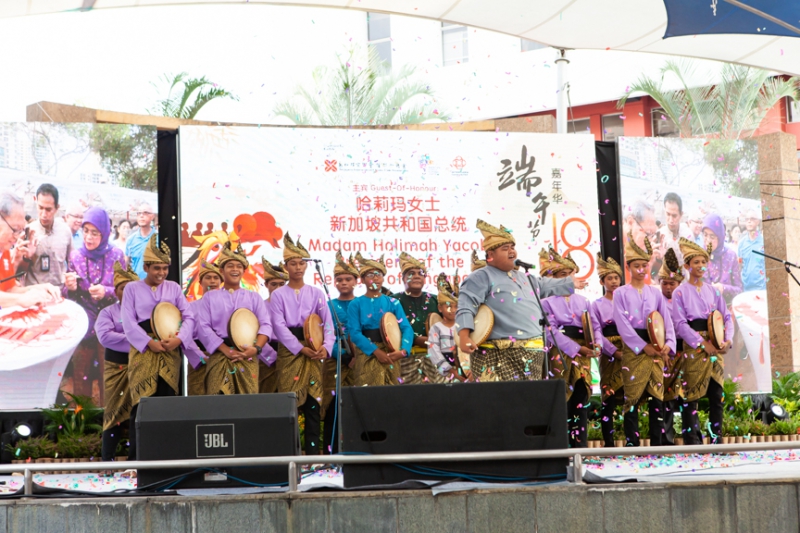 Performers presenting a melodious Malay song with their Kompang 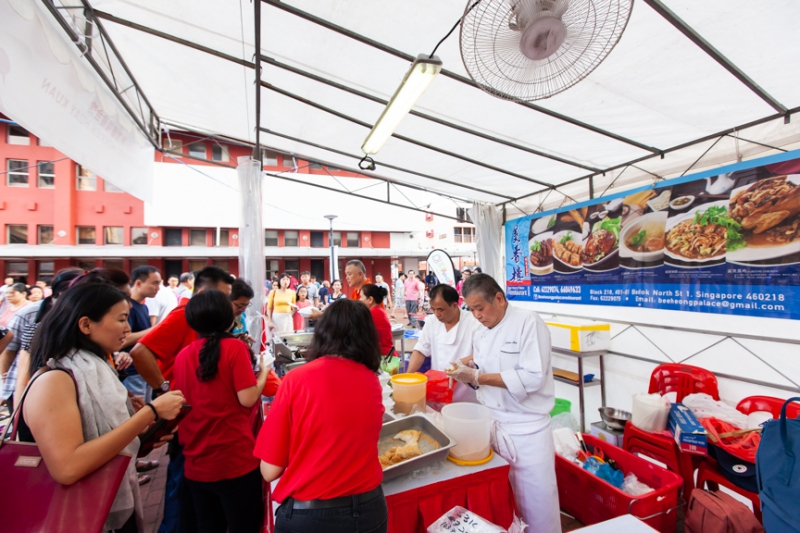 The entry showcase of the inaugural “Heartstrings of Singapore” Photography Competition in which images under three categories – “Singapore’s Chinese Culture”, “Singapore’s Multi Culture Diversity” and “Icons of Singapore – Orchid” also spoke of cultural heritage stories that resonate with everyday experiences close to our hearts, augmenting the localised cultural experience of the Festival. Moreover, winning entries from On-the-Spot Art Contest 2017 also on exhibited. 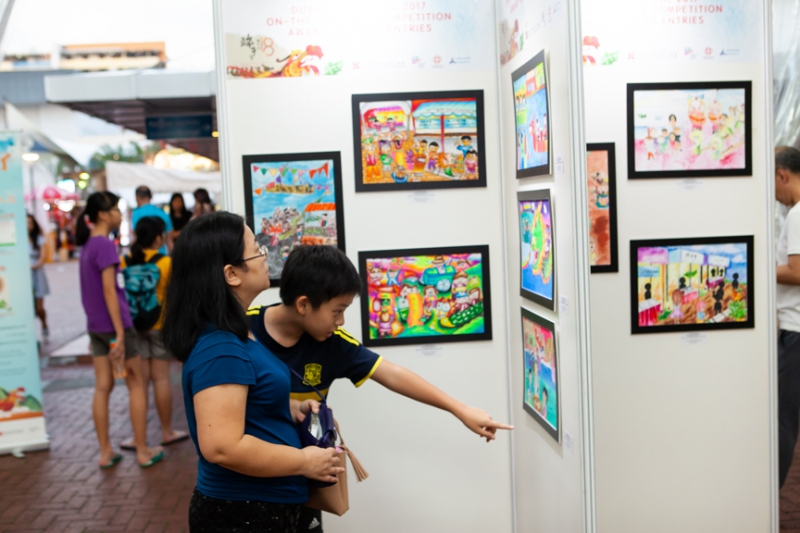 With such an exciting line-up of immersive activities, Duan Wu Carnival had once again proven itself to be a perfect choice for family entertainment, drawing revellers of all ages and backgrounds to celebrate the festivity as one people.