SFCCA and SCCC greet the Chinese New Year together, Spring Reception permeated with the festive atmosphere 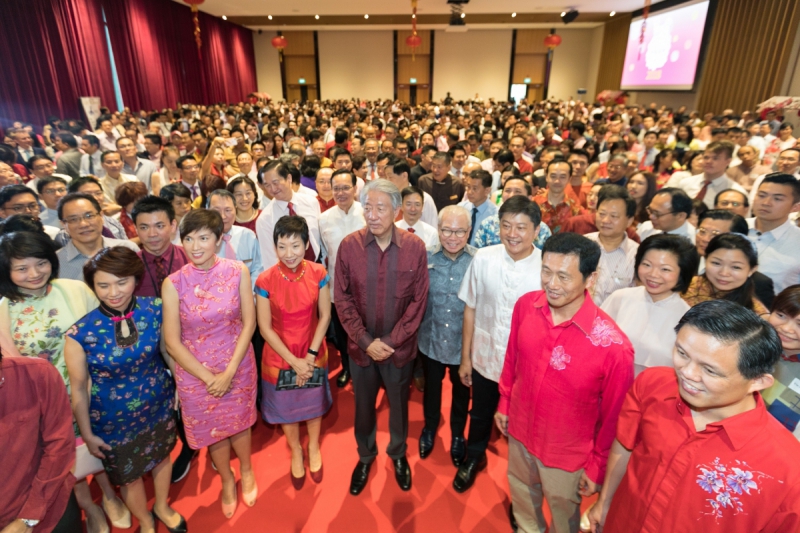 Close to 1000 guests gathered on 18 February to usher in the Year of the Dog at Singapore Chinese Cultural Centre (SCCC) for Spring Reception 2018 co-organised with Singapore Federation of Chinese Clan Associations (SFCCA) and SCCC. Deputy Prime Minister (DPM) and Coordinating Minister for National Security, Teo Chee Hean, hosted the Spring Reception as the Guest-of-Honour.

The annual event gathers the community to exchange good-wishes and aspirations in the New Year, while sharing Chinese values and encouraging cultural appreciation through performances by local institutions and arts groups. 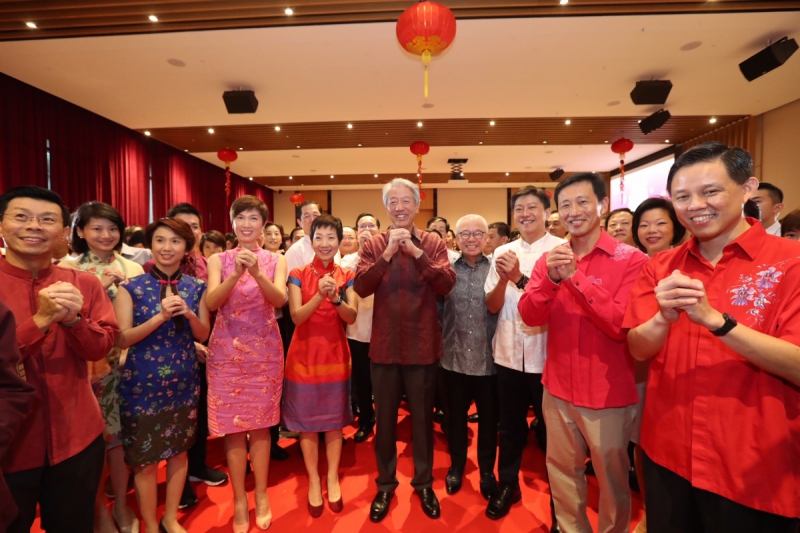 Moreover, more than 200 student representatives from various tertiary educational institutions also joined us in this festive season. We were glad to receive representatives from SP Jain Global Business Education who were from 12 different countries, including Vietnam, Mexico, Austria, India, Finland, Mauritius, etc. While celebrating the Spring Festival, students of different nationalities congregate together and delve in the traditions of the Lunar New Year. It is a moment of great significance. 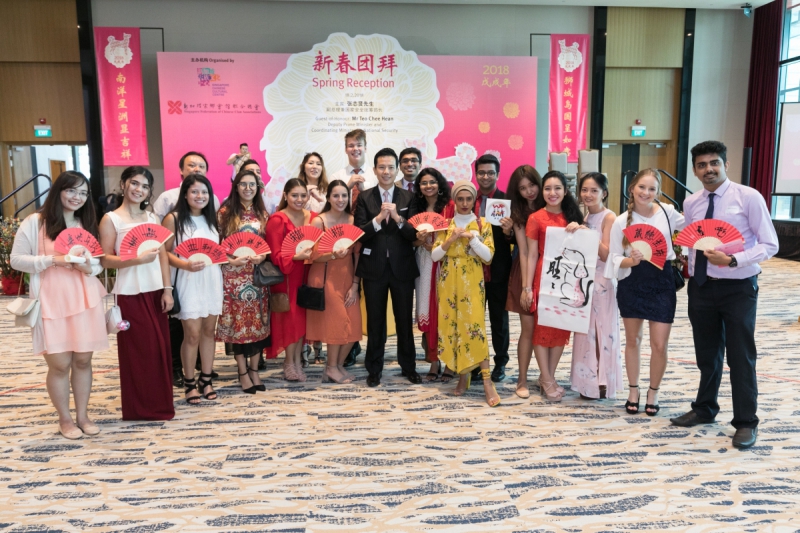 Student representatives of difference nationalities at the Spring Reception

During his speech, President of SFCCA and Chairman of SCCC, Mr Chua Thian Poh, revealed that in conjunction with Singapore’s bicentennial next year, SFCCA will partner the Lee Kuan Yew Fund for Bilingualism (LKYFB) to curate a series of exhibition titled “Unsung Heroes”. In which, an experiential and multi-sensory exhibition with the theme “New World, New Life” will detail the development of our nation in a chronological order. It allows students to relate and appreciate the experiences of our forefathers as well as their contributions to the society that helped shape the present Singapore. 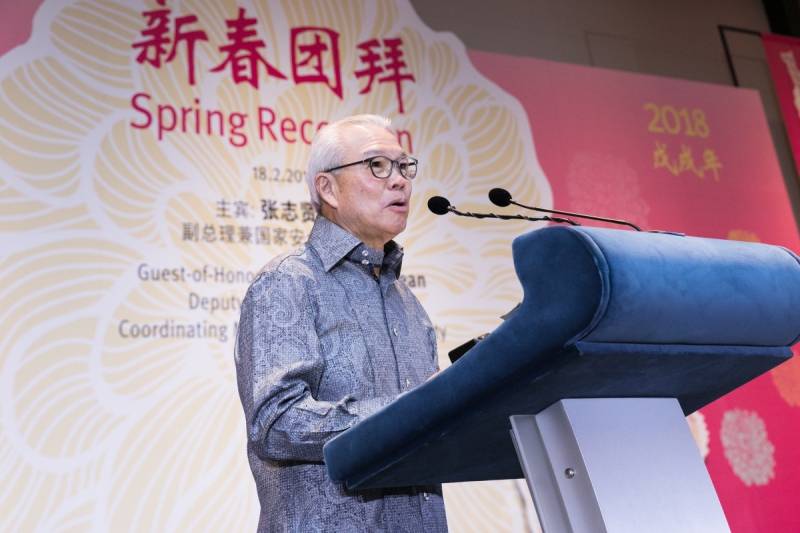 Deputy Prime Minister and Coordinating Minister for National Security, Mr Teo Chee Hean, spoke on two key issues, Economy and Jobs, as well as Building a Caring Home. The government understands the challenges our businesses and Singaporeans face in this transformation journey. They will continue to work closely with our businesses to be more productive, seek new opportunities and markets, and improve the knowledge and skills of workers. 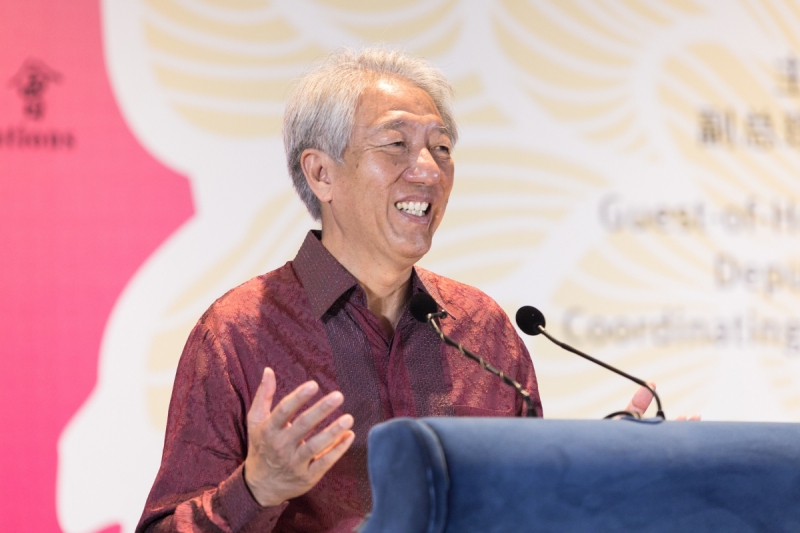 In the midst of the festive atmosphere, the guests formed a circle for mass exchange of New Year wishes. 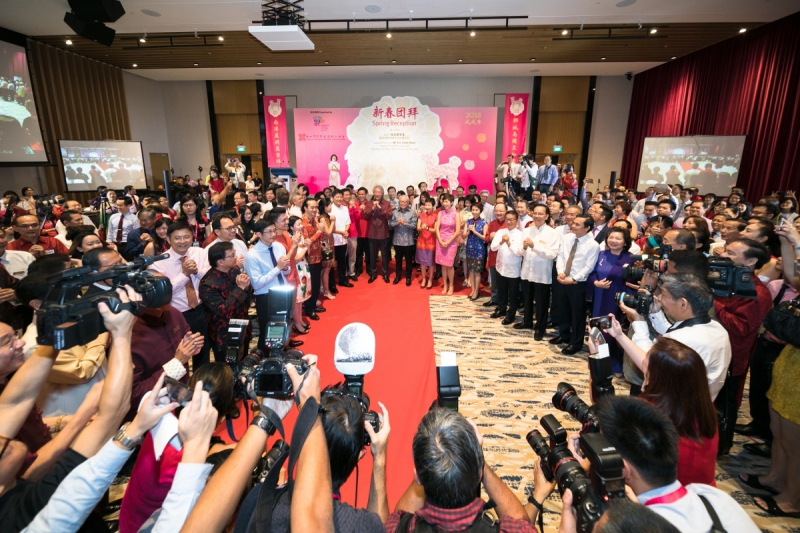 The invited guests also enjoyed performances by River Valley High Dance Society and Reverberance at the event. The performers’ spontaneity and enthusiasm injected a refreshing experience for this festive event. 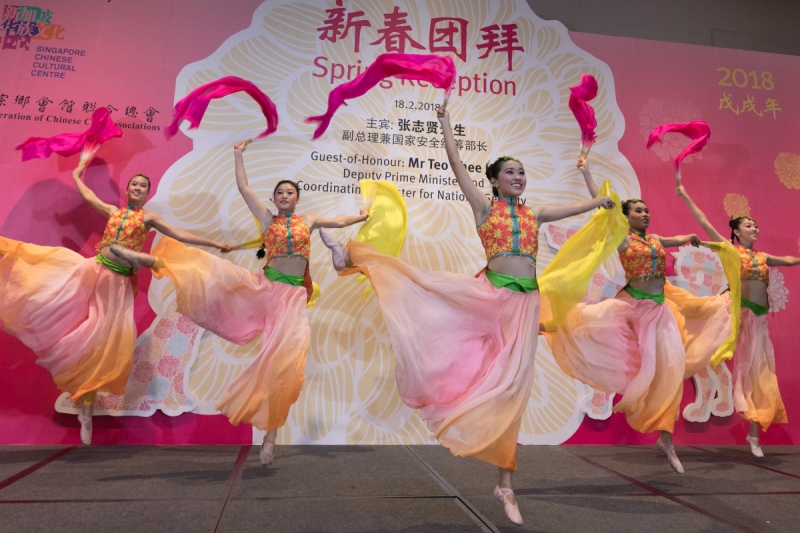 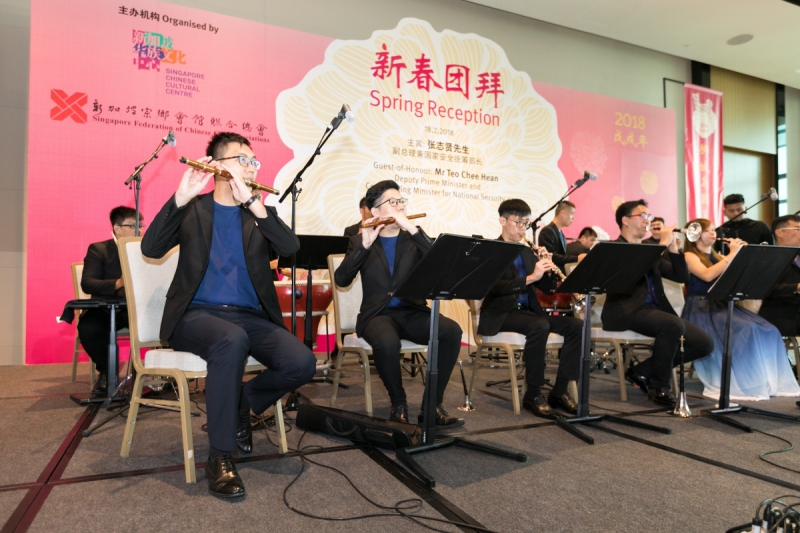 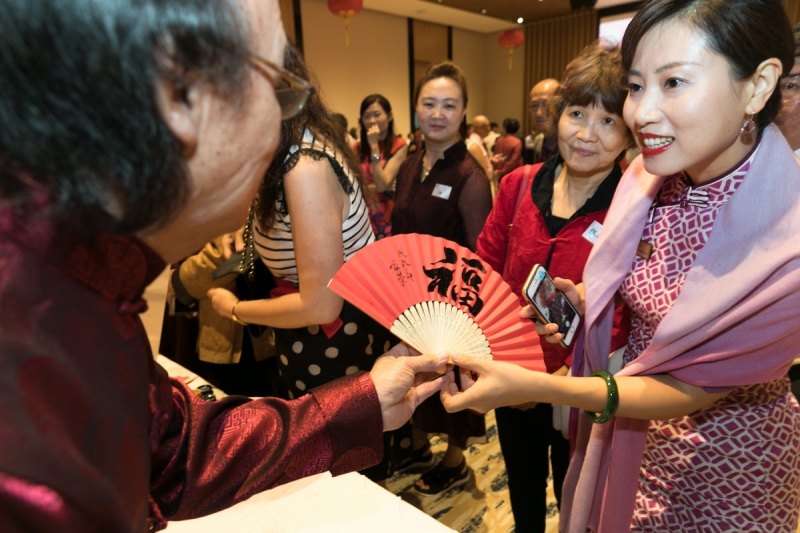 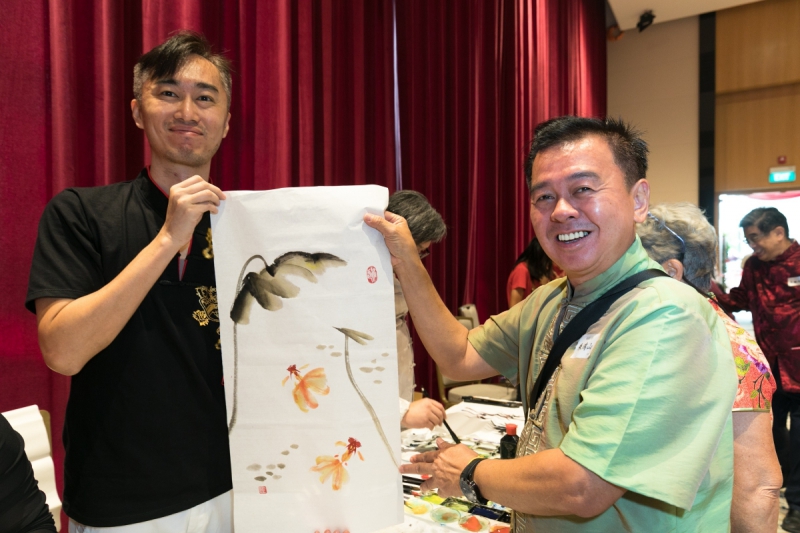 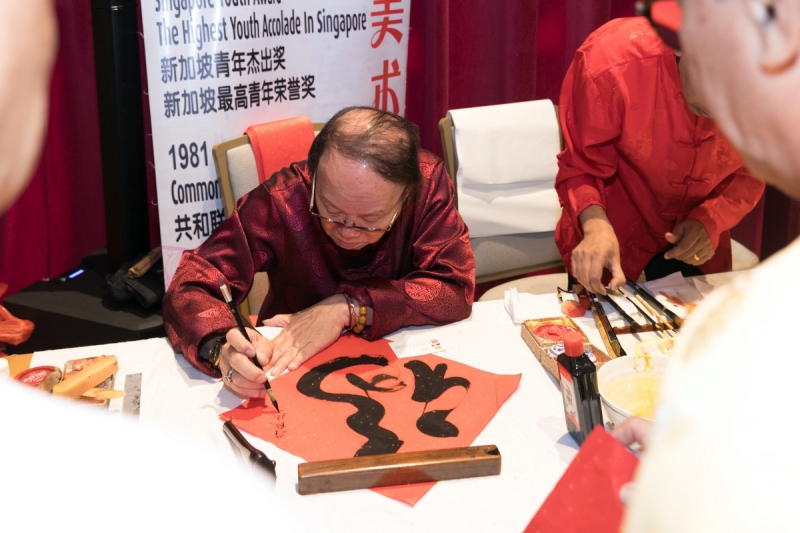 There were also several cultural stalls set up in the hall. Among them, the guests favour the Chinese fans, Chinese ink painting and Spring Festival couplets the most.

This year, the organisers specially arranged a flash mob performance. The guests were also invited to dance and sing along to a medley of Chinese New Year songs. Everyone hopes that there will be prosperity and blessings in the upcoming year! 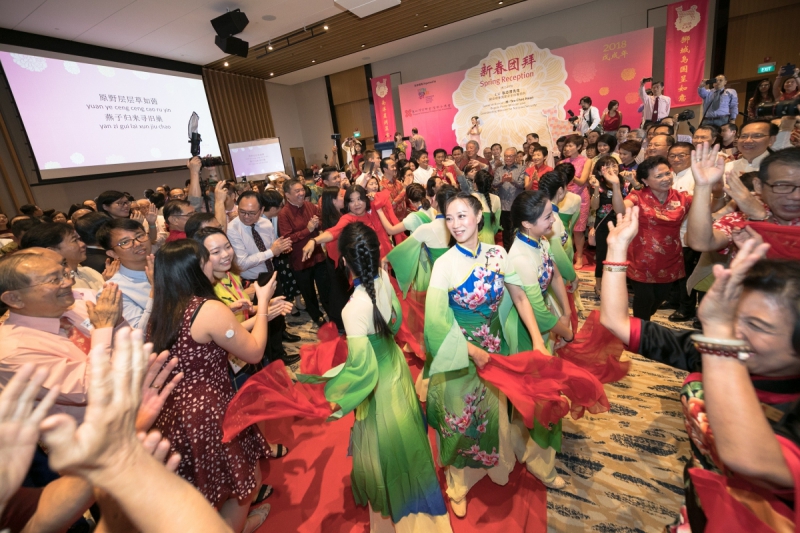