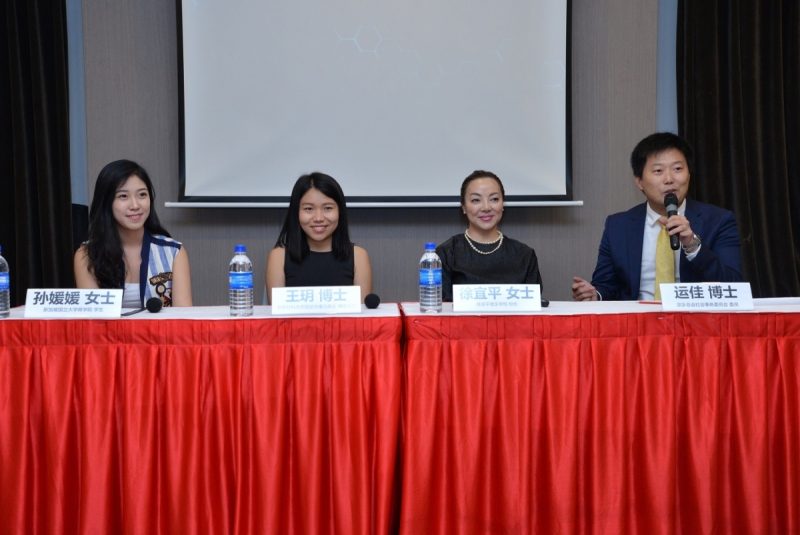 The first speaker, Ms Sun Yuanyuan, is currently an undergraduate at the National University of Singapore (NUS). She came in 1st in the 2017 Chinese Debate World Cup, and 1st Runner up in the Global Chinese Network Host Competition for Singapore Region. 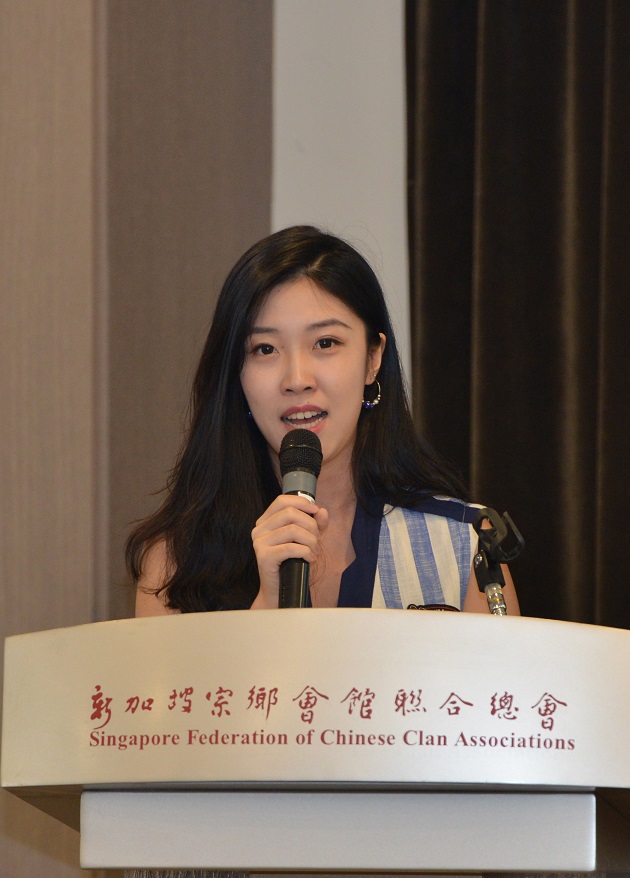 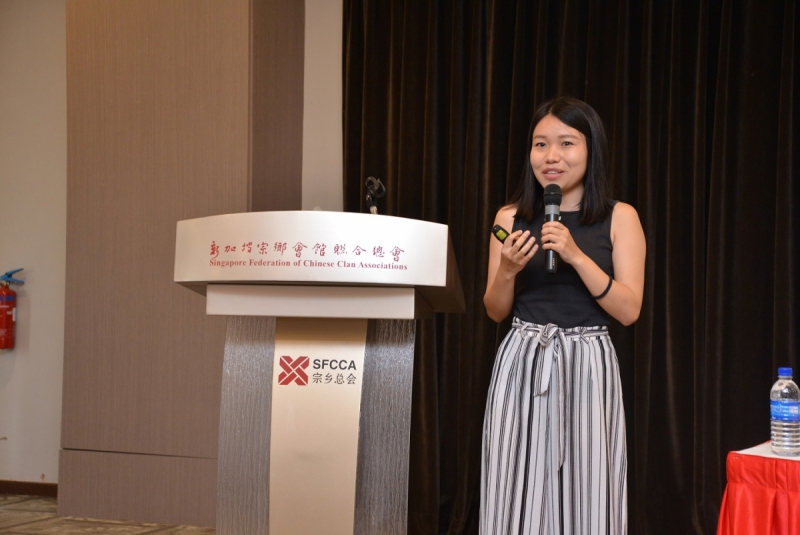 The third speaker, Ms Xu Yiping, is the principal of Xu Yiping Music Centre, and the chairperson of the Singapore Ruan Society. Besides her musical achievements, Ms Xu was also a key member in NUS team for the Gobi Desert Challenge. 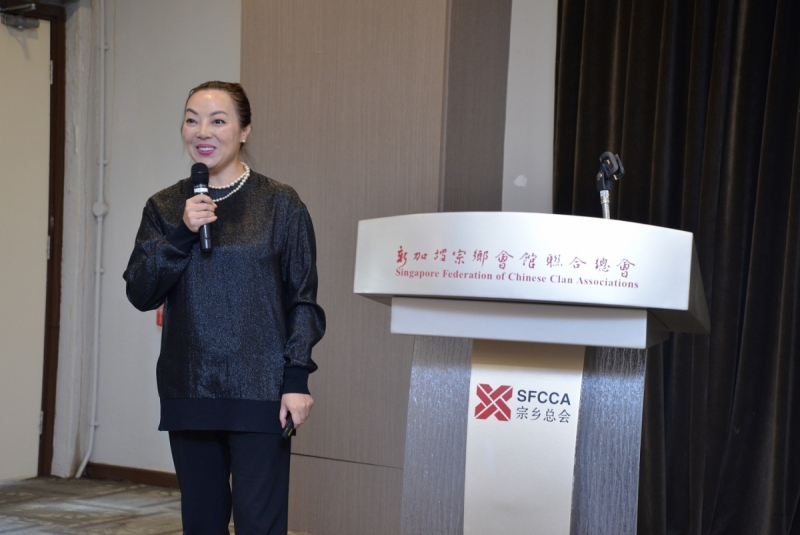 Through a feminine perspective, the three speakers spoke, on about the struggles they faced when they first came to Singapore, how they overcame those challenges and subsequently achieved the success they enjoy today. Even though they have different life experiences and different areas of expertise, but all of them share a new home – Singapore. Their stories showed the importance of perseverance, as they faced multiple obstacles on the path to chase their dreams, but these obstacles were arguably crucial to their success, as thus helped to strengthen their resolve. 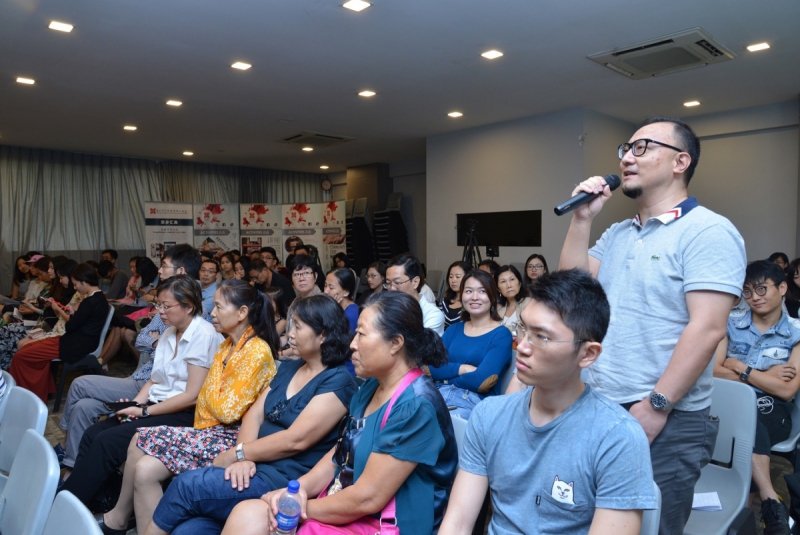 Their stories also illustrated the difficulties faced by women in the workplace. Women often face the struggle between her “workplace identity” and her ambitions. They are expected to have traits like strength and perseverance, which are stereotypically deemed as more masculine traits, while also embodying traditionally feminine characteristics, such as grace and elegance. As such, it could be said that one of the core challenges that career women face is that of juggling an acute awareness of their “societally-imposed” identity and career ambitions. While that is certainly not an easy feat, it has not deterred the three speakers from chasing their dreams; in fact, it has only made them more determined. This fighting spirit was the common thread in their stories, in which the women displayed remarkable grit in the face of new horizons and new challenges.

As the seminar was drawing to a close, SFCCA Council member and Chairman of Social Affairs Committee Dr Zhou Zhao Cheng presented certificates of appreciation to the speakers. 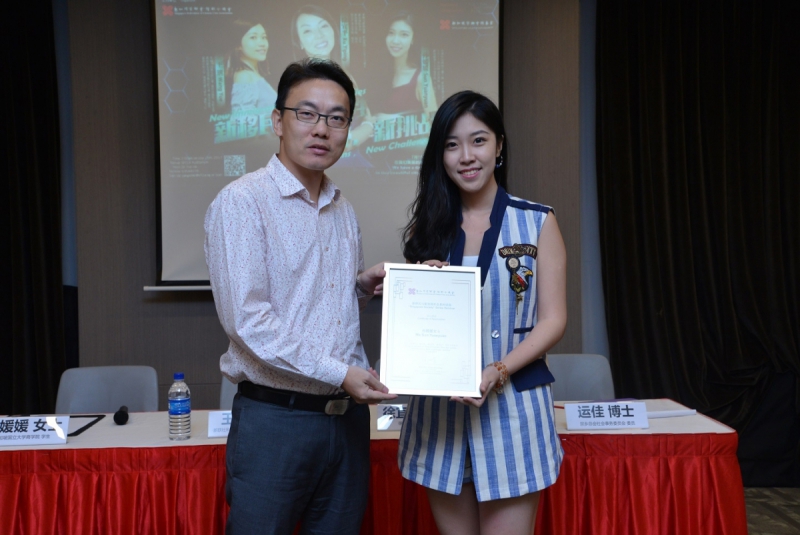 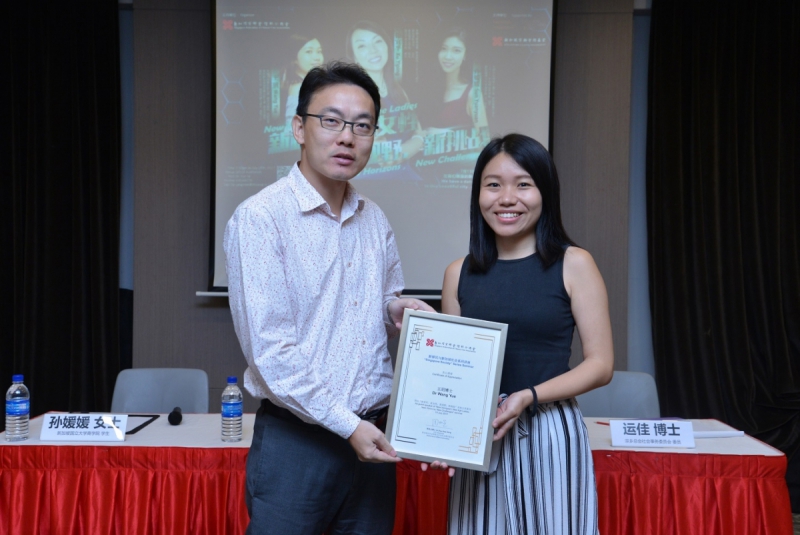 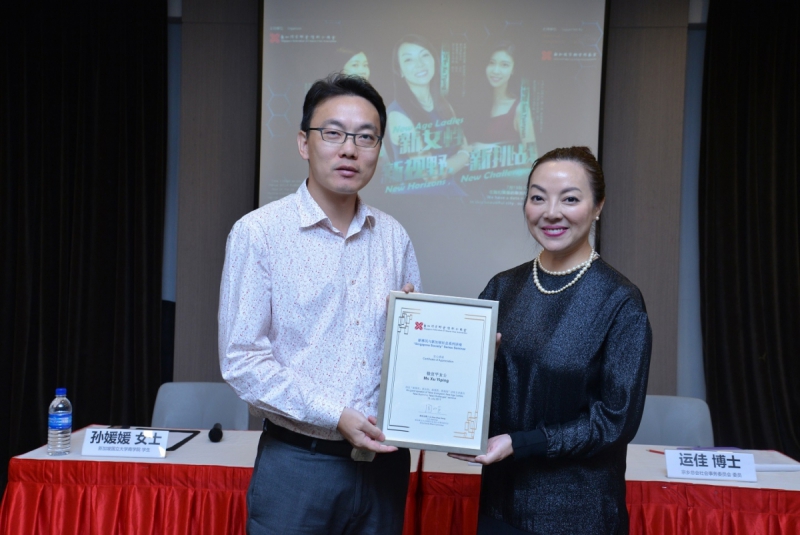 Light snacks were arranged at the end of seminar, allowing for more interaction between the audience and the speakers 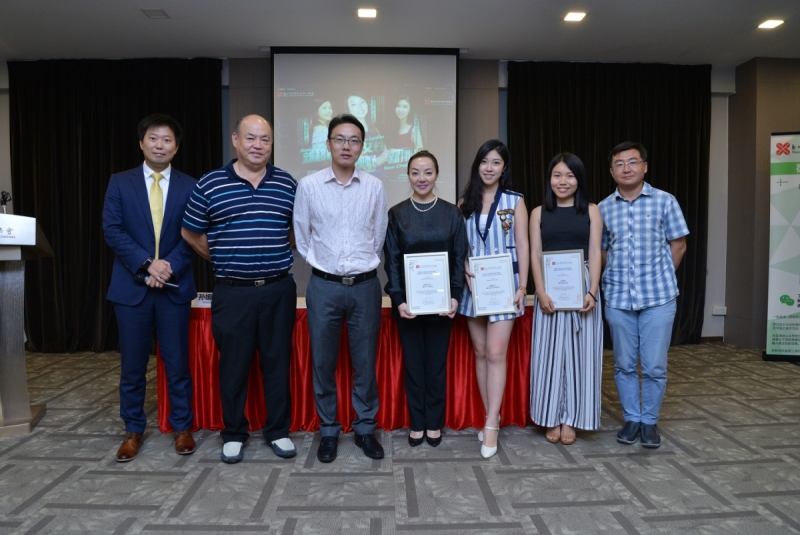