The first District Clan gathering was concluded successfully, and we were joined by Minister in Prime Minister’s Office Mr Chan Chun Sing, who enjoyed a rewarding discussion with clan associations leaders.

To strengthen communication and understanding between member groups, the Singapore Federation of Chinese Clan Associations (SFCCA) held a District Clan gathering on 18 May 2017. Mr Chan Chun Sing, Minister in the Prime Minister’s Office, served as the guest-of-honour at the event. 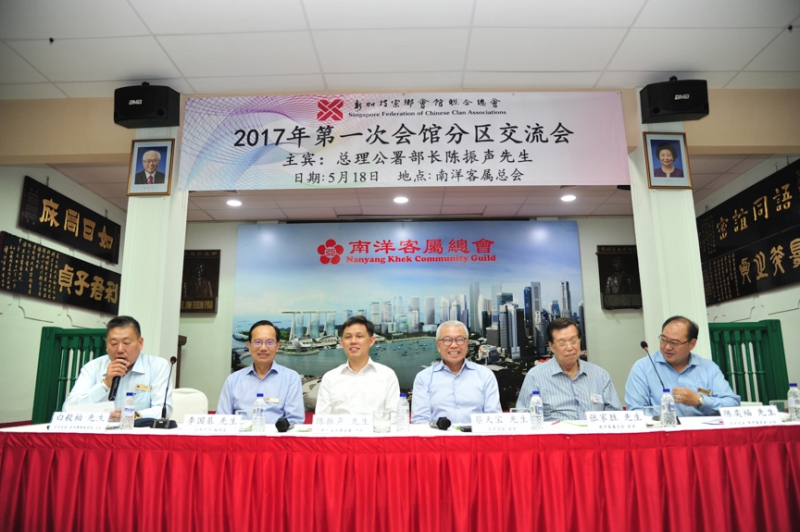 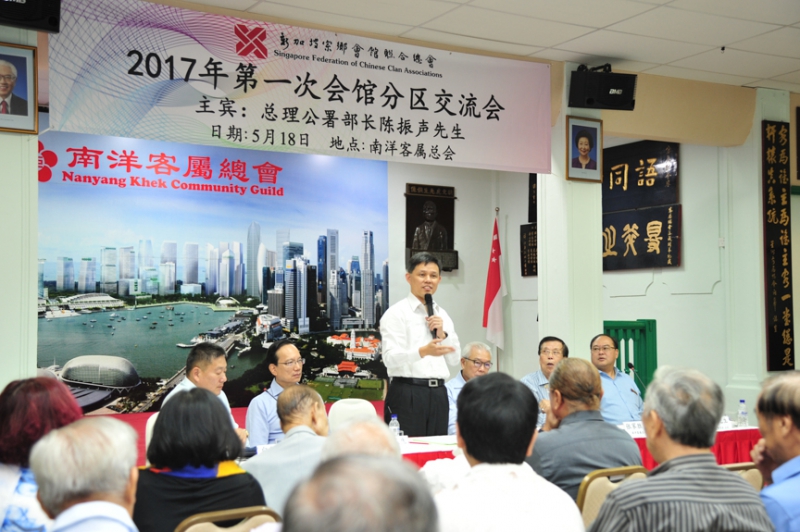 This was the first District Clan gathering of the year, and it successfully attracted 100 representatives from more than 30 member clans. The venue and buffet dinner were generously provided by the Nanyang Khek Community Guild. 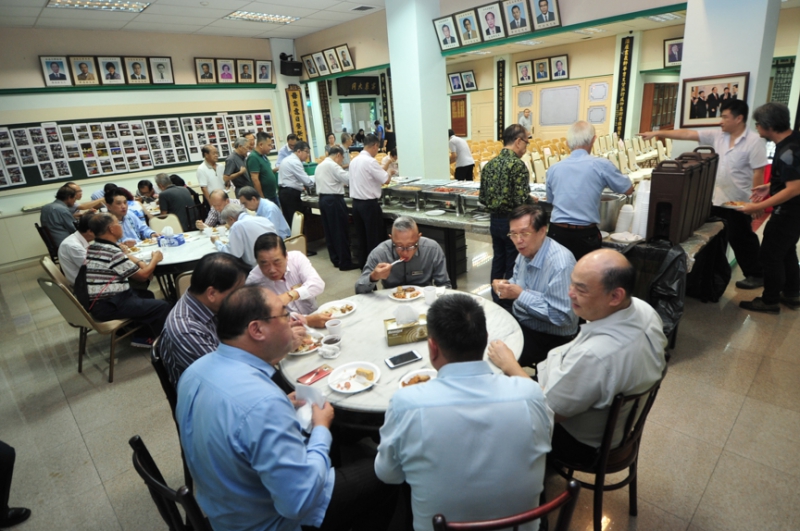 The event was conducted in the form of a dialogue, with Mr Chua Thian Poh, the President of SFCCA, opening with a speech. In his speech, Mr Chua said that the Federation managed to collect valuable feedback from its members at the gathering last year, from which he realised the varied nature of challenges facing the member clans, which prompted him to call for this District Clan gathering. He then urged the various clan representatives to grab the opportunity to speak their minds, as well as to interact with the other clans. Mr Chua also shared about the recent Outstanding Youth Award given out by SFCCA, and pointed out that the aim of giving out the award was to commend young people with outstanding performance and active participation in clan activities. At the same time, he also affirmed the efforts of the clans in promoting youth participation in clan activities. 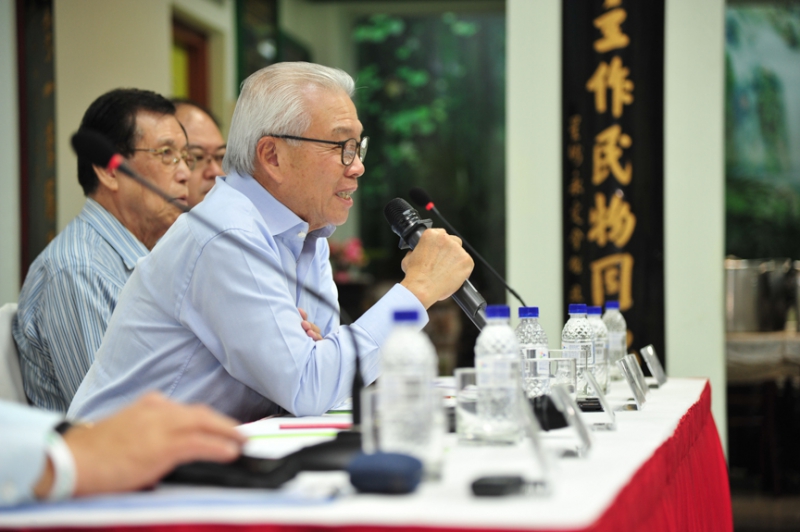 Guest of Honour, Minister Chan Chun Sing also interacted extensively with the guests, who actively participated in the dialogue session. The session ended on a pleasant note, with a relaxed atmosphere and plenty of laughter. 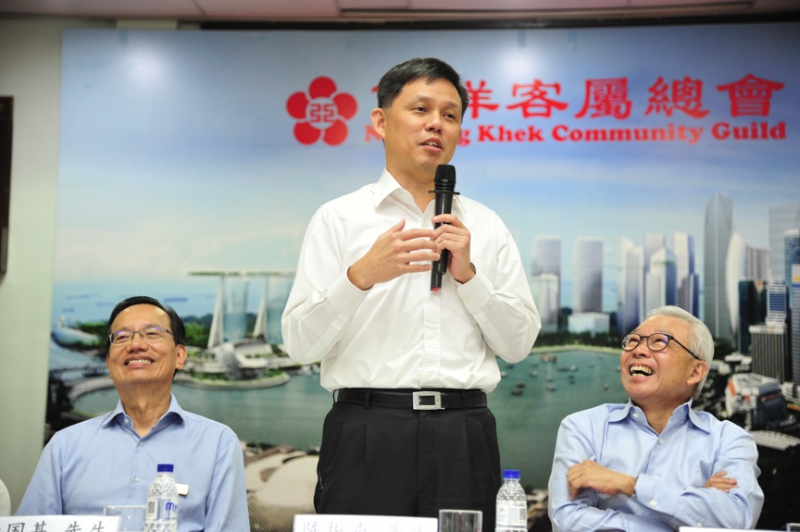 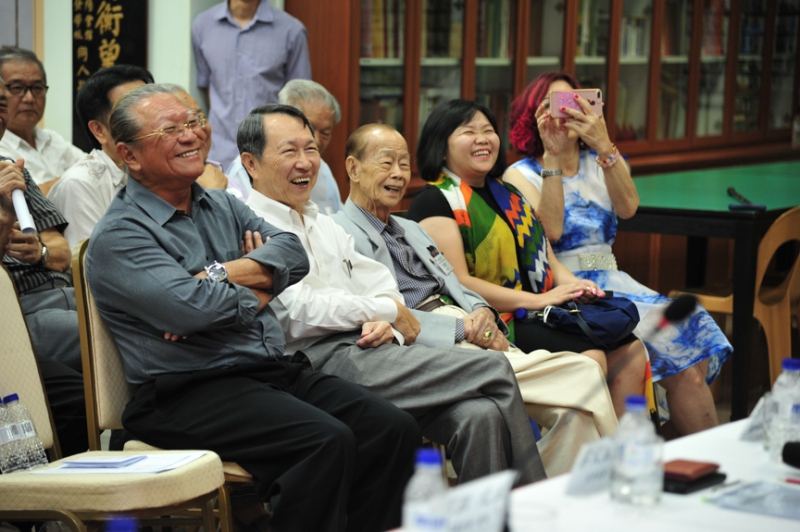 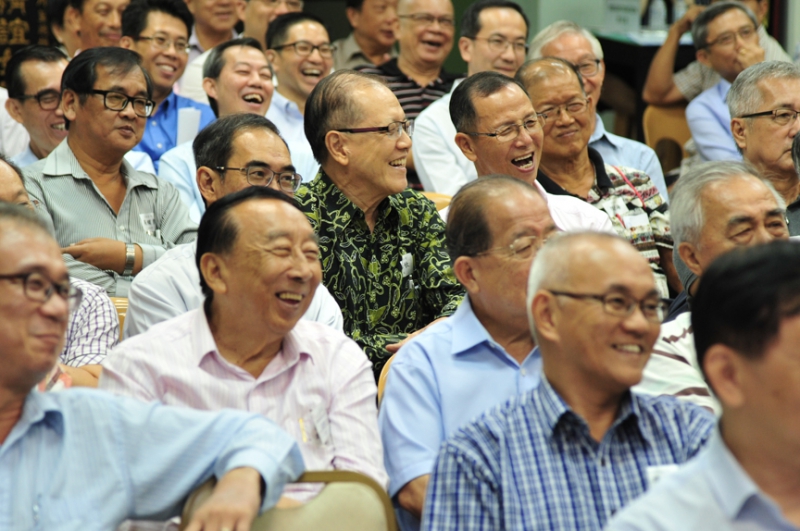 The dialogue session was relaxed, filled with laughter 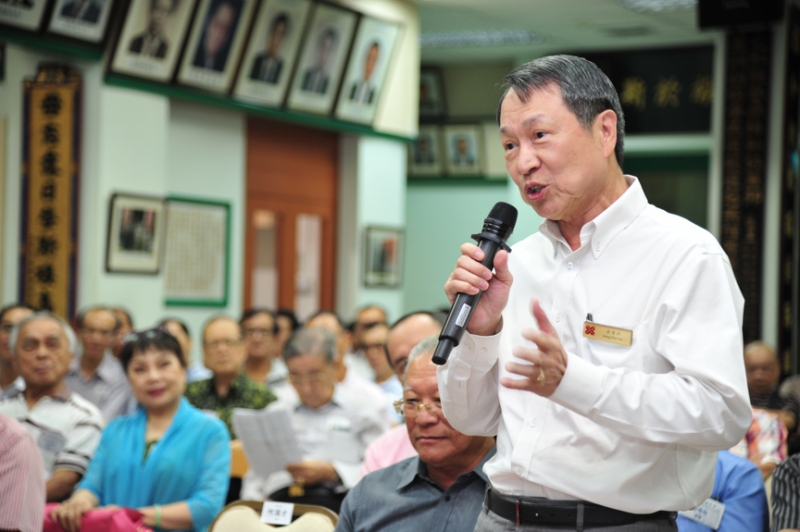 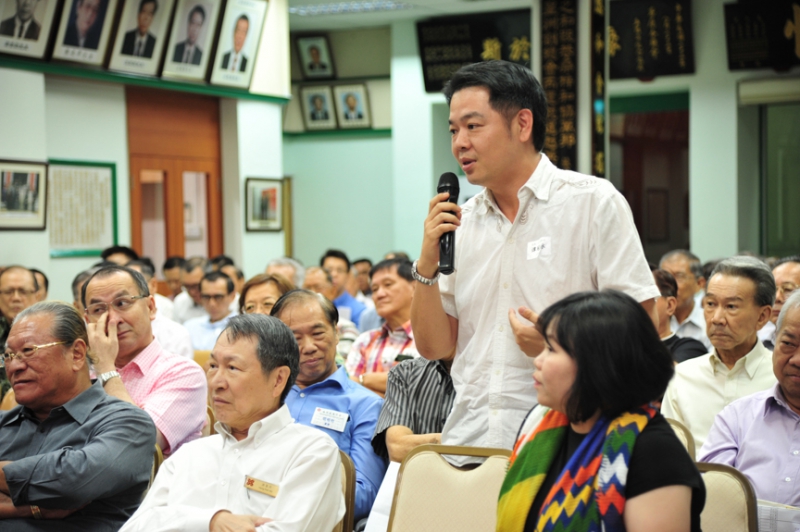 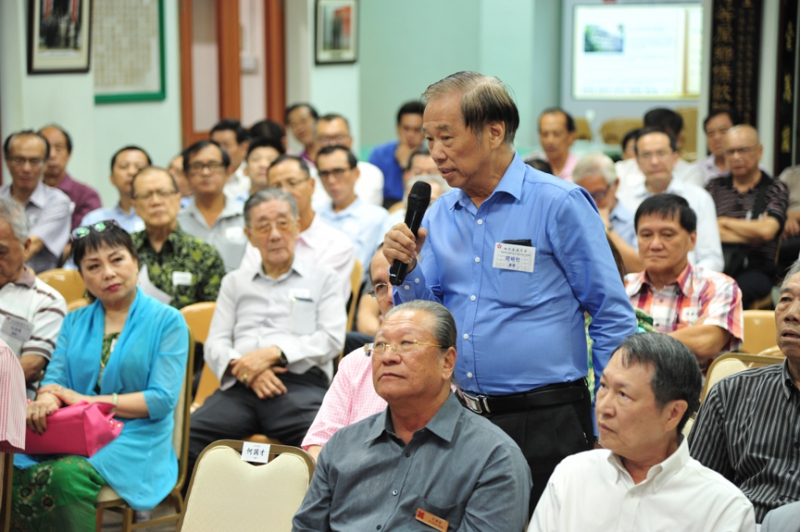