Organised jointly by Singapore Federation of Chinese Clan Association (SFCCA), Singapore Chinese Culture Centre (SCCC) and Chinese Daily Lianhe Zaobao, the results of “My Singapore Style” Micro Film Competition was announced on 26th May 2019 at SCCC in a prestigious award ceremony. The Guest-of-Honour, Minister for Culture, Community and Youth, Ms Grace Fu, witnessed the crowning of this edition’s winners alongside the attendees of the ceremony.

The micro film competition was in its third iteration this year, with “My Singapore Story” and “My Singapore Future” as the themes for the past two years respectively. However, the theme for this year was decided as “My Singapore Style” to encourage participants to showcase the spirit, culture or values of Singapore in a unique way. The organisers received a total of 63 entries and awarded 10 outstanding micro films after going through months of online voting and judging.

Mr Liu Yi Hong emerged as the champion for this year’s Open Category with his micro film titled “Neighbourhood”. The micro film showcased Singapore’s kampong spirit through the eyes of a new immigrant in Singapore who witnessed the kindness and love shared between neighbours. Liu, who is also the director of the film, is a graduate from Hong Kong Baptist University with a Masters from the Film Academy. His micro film has been nominated in a Shanghai Film Festival and has even won several awards in various film exhibitions. 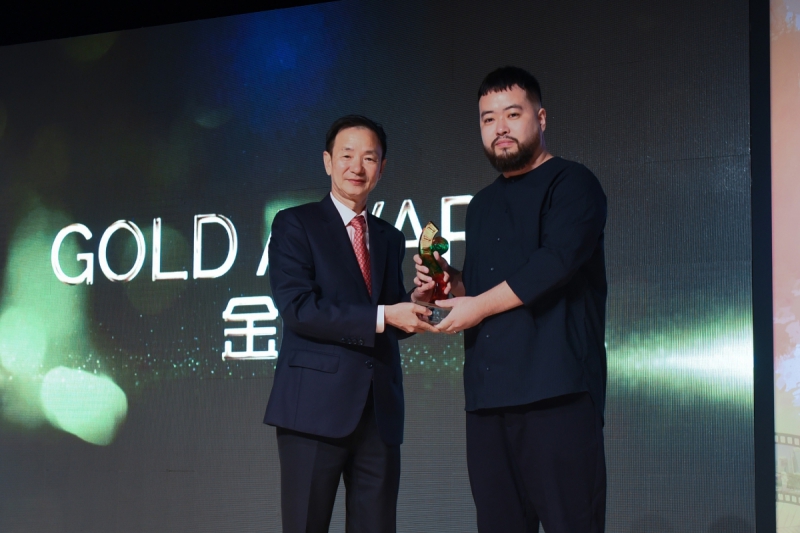 Mr Liu Yi Hong (Right) who claimed the title for the Open Category with his micro film named “Neighbourhood”, received the trophy from Mr Zhong Sheng Jian (Right), Vice-President of SFCCA and Vice Chairman of SCCC

In the Student Category, Nanyang Academy of Fine Arts student Yang Yi Bei won the grand prize and Best Director with her micro film, named “Star in the Dust”. The micro film focused on the disappearing spaces in Singapore which were well-loved by everyone through the perspectives of two youths. Through the film, Yi Bei hopes to raise awareness among Singaporeans regarding the importance of protecting our memories in Singapore. 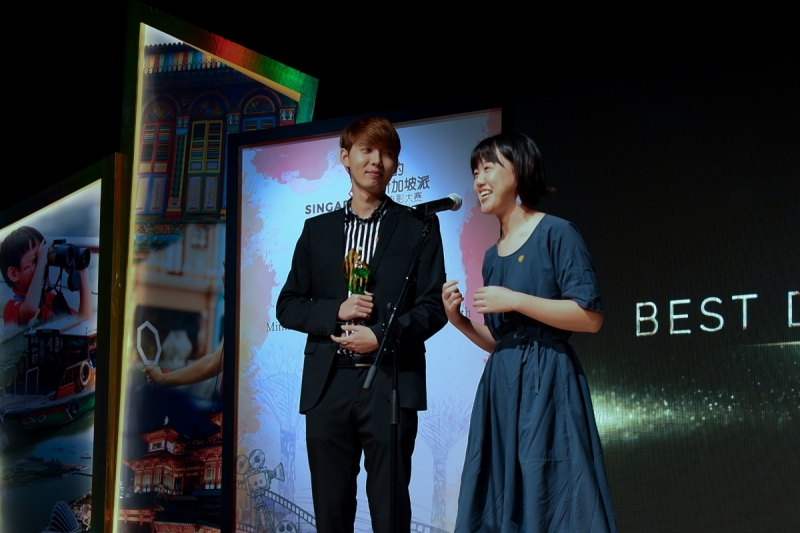 Another outstanding prize winning piece was the micro film named “Good Old Days”, claiming both the Silver Award for the Open Category and the Bronze Award for the Most Popular Micro Film category. The micro film was directed and acted out by local singer Tay Sia Yeun, describing how her childhood memories were made up from the Singapore style music she had created. 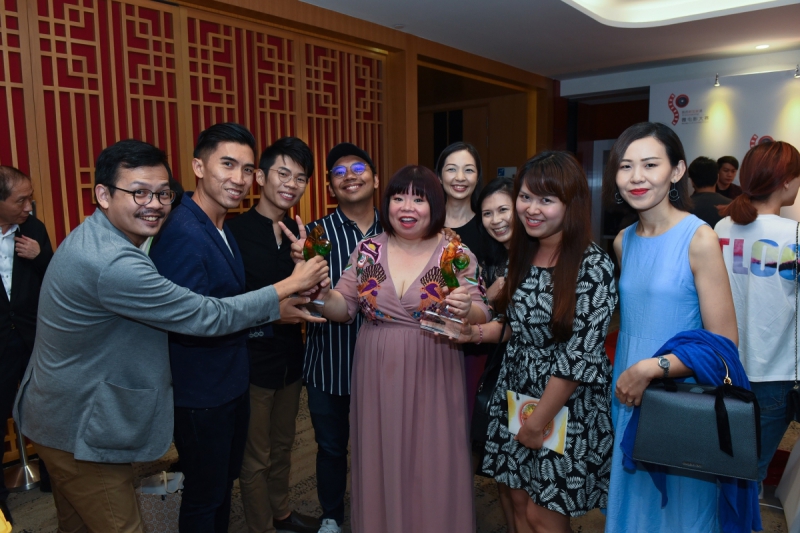 The public was also invited to nominate the “Singapore Online Video Award” and it was eventually awarded to Millennials of Singapore for their honest and inspirational short film titled “Being An Albino in Singapore”. 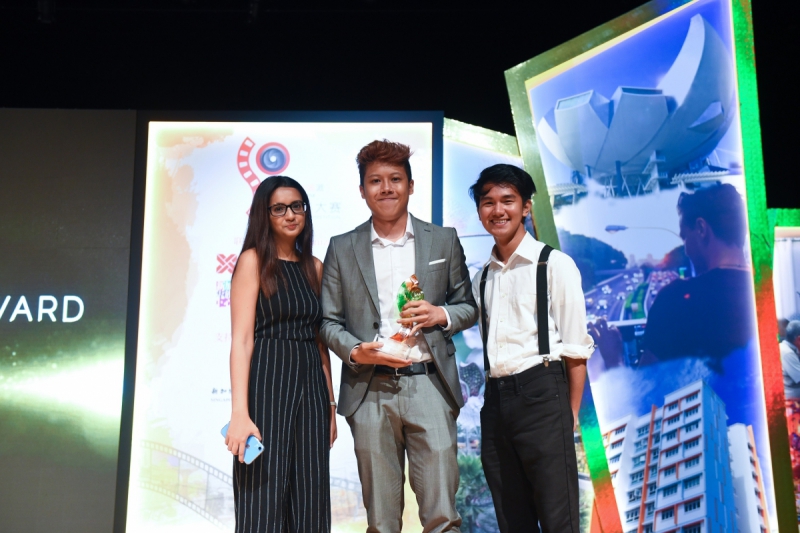 “My Singapore Style” micro film competition is a competition open to everyone regardless of their age, race or nationality. At the same time, the organisers hope that it serves as a creative platform for people to record their stories and experiences of Singapore so as to instil a strong sense of belonging to Singapore in both the filmmakers and the viewers. Other than the top three awards in the Open Category, Student Category and Most Popular Micro Film respectively, there were also awards presented for Most Creative Micro Film, Best Actor and Best Director where a total of $20,000 and above worth of prizes were given out. To view the winning films, please visit http://microfilm.zaobao.com.