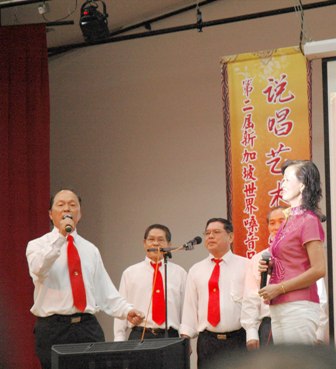 In order to promote the cultural and arts group activities, in conjunction with World Voice Day on 16 April 2009, the Singapore Federation of Chinese Clan Associations and the Singapore Voice Association jointly organised the Second Singapore World Voice Day celebrations. By co-organising this event, the aim is to make use of voices to bring together the different performances by each clan and promote the importance of protecting one’s voice.

The Body Itself Is An Instrument

At 7:30pm that evening, close to 300 people from 15 clan associations filled the hall of the SFCCA. Dr Susan Wang, founder and chairman of the Voice Association, explained to the audience that no matter whether it is a chorus, karaoke singing or playing a musical instrument, you need your voice when you speak. Hence, it is important to protect one’s voice.

So how does one make sounds? Dr Wang showed a video that depicted the throat from the inside. As the endoscope enters the throat, two thin white vocal cords are visible. When we are making sounds, the vocal cords will vibrate and close which causes different levels of sounds.

Dr Wang then taught everyone how to relax, reduce stress and eliminate unnecessary so as to improve singing skills and better protect our throats simply by applying pressure with the “two fingers method”.

Finally, by singing the most common song “Happy Birthday”, Dr Wang used easy methods to teach vocal singing and the conversion between vocal skills, so that the audience has a better understanding of the level of singing. 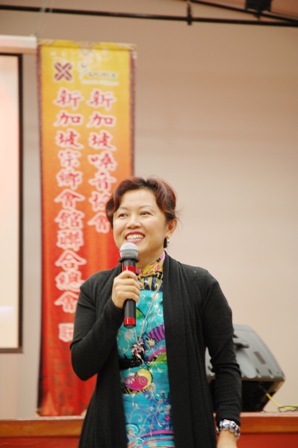 Dr Susan Wang explained the use of voice

Singing As A Form Of Communication

Although the singing troupes in many clans consist of mostly older members, their loud singing, full of vitality does not lose to younger people and is also capable of winning warm applause from the audience.

In the final sharing, Dr Wang pointed out that the performances of various halls and groups are not so good or bad, and have their own characteristics. Because as long as there is a sound, you can sing a good voice.

The origin of the World Voice Day began in 1999 with the National Voice Day being held in Brazil before slowly spreading to other countries. The American Academy of Otorhinolaryngology-Head and Neck Surgery officially named the World Voice Day on 16 April each year which promotes the recognition of importance of protecting one’s voice. 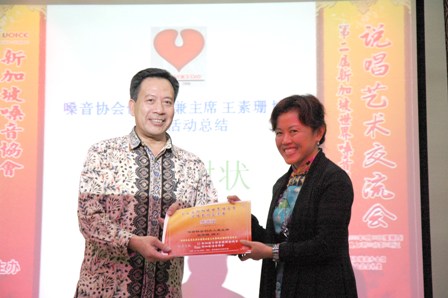