Singapore Federation of Chinese Clan Association (SFCCA)’s 34th Annual General Meeting (AGM) was held on Saturday, 14th September 2019 at the SFCCA Auditorium Hall, to encapsulate SFCCA’s achievements for the past year. Over 170 representatives and members from 83 clan associations attended the AGM. This is also the first plenary session led by the SFCCA President, Mr Tan Aik Hock, who took over the reins of SFCCA since last October. 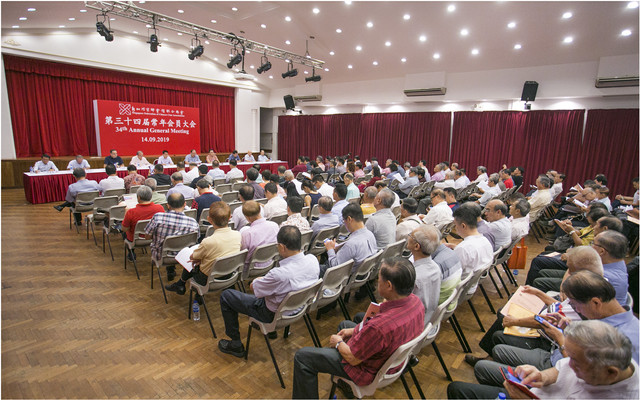 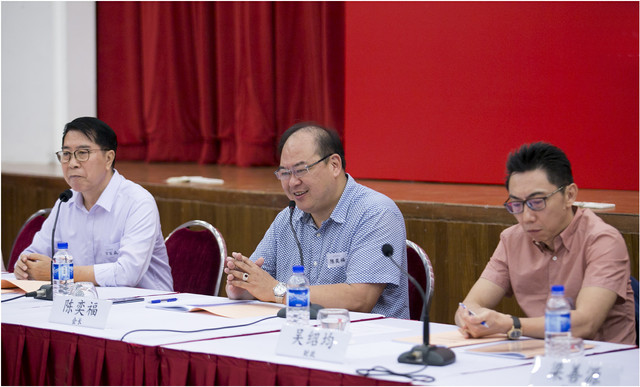 He said, “To commemorate Singapore’s bicentennial, SFCCA has launched a series of activities entitled ‘Unsung Heroes’ to pay tribute to the forefathers of Singapore and to strive to shape the younger generation to become the ‘Unsung Heroes’ of tomorrow. In the programme line-up was the multisensory and interactive “New World, New Life” Exhibition which detailed the journey of Singapore’s early settlers and communities. A team of student docents had also undergone training and offered guided tours to visitors. The 5-month long exhibition attracted over 20,000 visitors, and received overwhelming response from the public.”

Mr Tan also pointed out that the SFCCA will be celebrating its 35th anniversary next year. Aligned to the theme of “温故·传承·创新”, a series of activities will be organised alongside the 35th anniversary fundraising gala dinner. 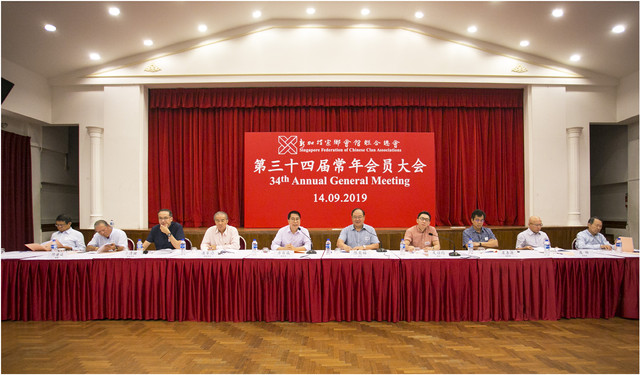 Secretary-General Mr Perng Peck Seng shared that as listed in the AGM report, SFCCA’s members have increased to a total of 238 this year. Of which, 226 are Ordinary Members and 12 are Associate Members.