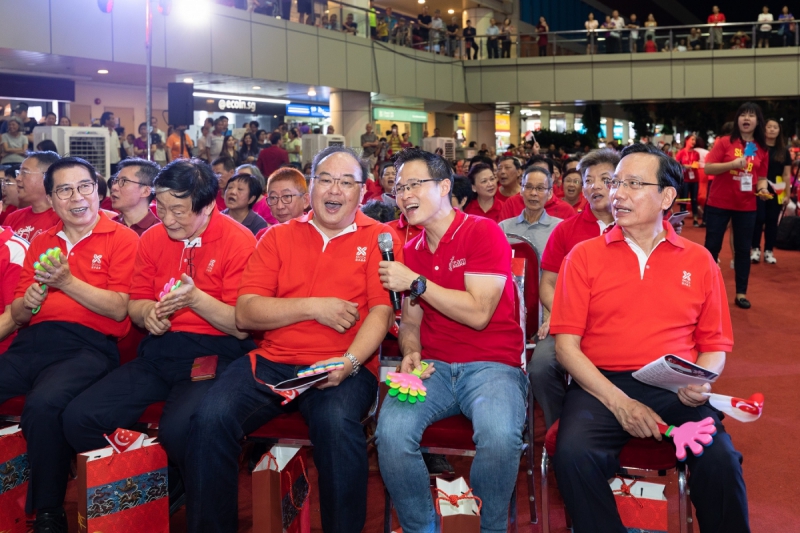 Along with the melodious songs, 1,200 people gathered at Toa Payoh HDB Hub Mall Square to take part in the 13th “National Day Sing-along” session to celebrate Singapore’s 54th Birthday. Mr Desmond Choo, Mayor of the North East CDC, was also invited as our Guest-of-Honour to celebrate the nation’s birthday in advance with the enthusiastic crowd. 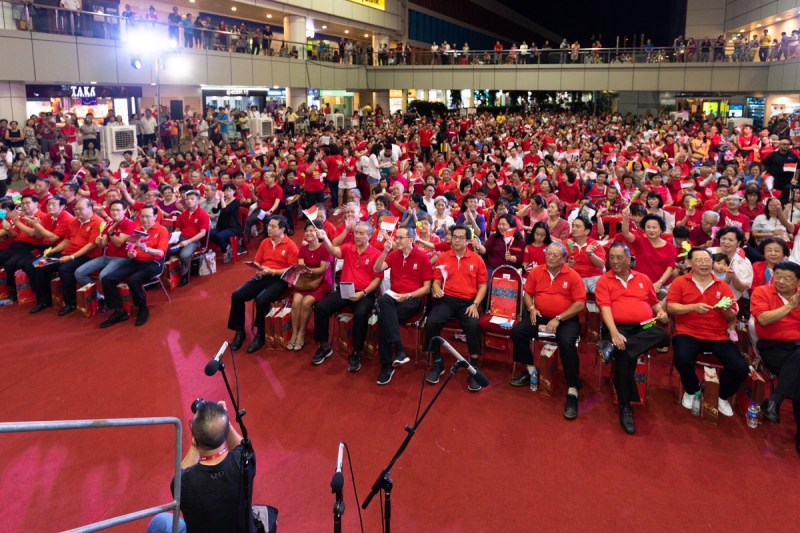 Jointly organised by the Singapore Federation of Chinese Clan Associations (SFCCA) and Singapore Chinese Culture Centre (SCCC), the 13th “National Day Sing-along” aims to evoke the common memories of Singapore through local national day songs and music. The singing of these familiar melodies deepened the sense of unity and brought the nation together. The event was also supported by the National Integration Council and the Central Community Development Council. 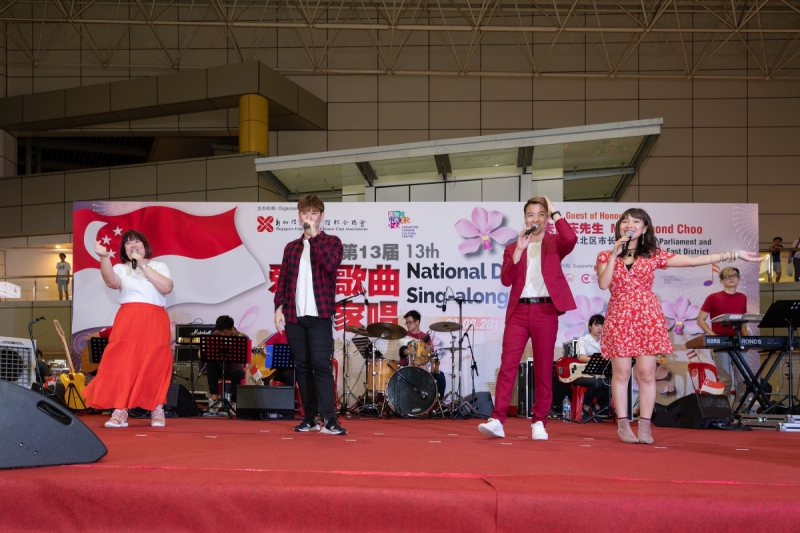 Local singers Tay Sia Yeun (Left), See Kai Zheng, Irwin and Yokez led the crowd to sing along with them 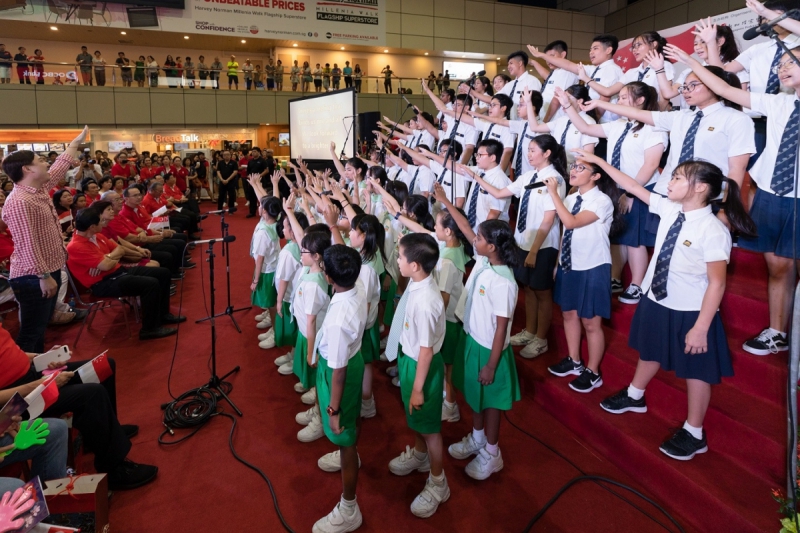 Local singers Tay Sia Yeun, See Kai Zheng, Irwin and Yokez were also invited to lead the crowd to sing along with them. Popular songs such as “Rasa Sayang”, “Home”, Reach Out for The Skies”, “Moonlight in the City” and “Xi Shui Chang Liu” were sang during the event. 60 students from Woodgrove Primary School and Guangyang Secondary School formed their own choir and performed a series of national day songs which were accompanied by the lively audience. 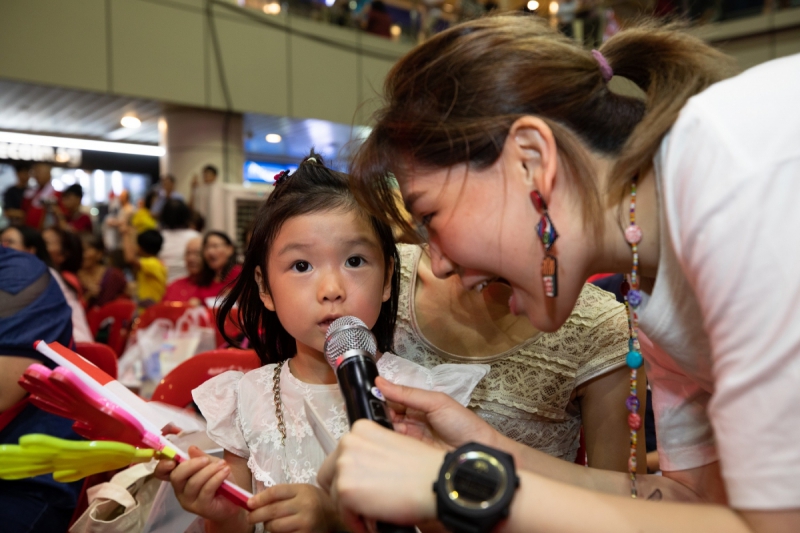 Prizes were also given out during the Q&A session which attracted the active participation of the younger generation. Evidently, nationalism is independent of age.

In conjunction with the Singapore Bicentennial, relevant questions were added into the audience interaction segment “Q&A” so as to test the audience’s knowledge on Singapore’s history. Under the hosting of famous local radio hosts Cai Li Lian and Kenneth Chung Kun Wah, as well as singer Vee, the event ended in jubilation.