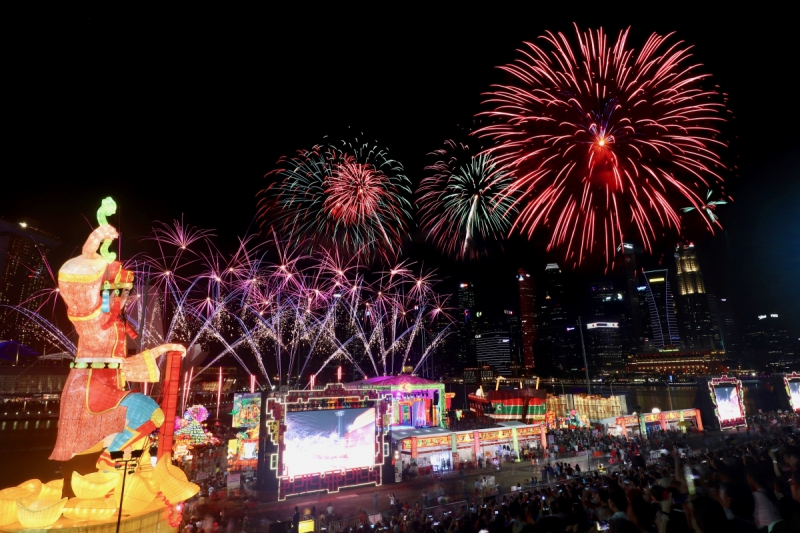 The 2019 River Hongbao ended with a blast as the last international fireworks show was put up in the series of many throughout the week. Over the span of 8 days (Feb 2nd to Feb 10th), River Hongbao 2019 put out many spectacular performances, cultural exhibitions and magnificent lantern displays that attracted more than 1.35 million visitors.

This year’s event introduced various new elements such as an interactive exhibition hall that introduced the history of the Singapore River, the magnificent fireworks displays each night that is designed by award-winning artists from different countries and even a dragon lantern in the shape of ‘200’ to mark the Bicentennial Commemoration of Singapore!

Let’s look back at those unforgettable moments together!

The Opening Ceremony of River Hongbao 2019 was graced with the presence of Prime Minister Mr Lee Hsien Loong.

The opening ceremony of River Hongbao 2019 was held on the 3rd February and GOH Prime Minister Mr Lee Hsien Loong went onstage to participate in the lantern light-up ceremony. As the lever was pulled, the various lanterns spread across the floating platform lit up the night sky of Marina Bay. 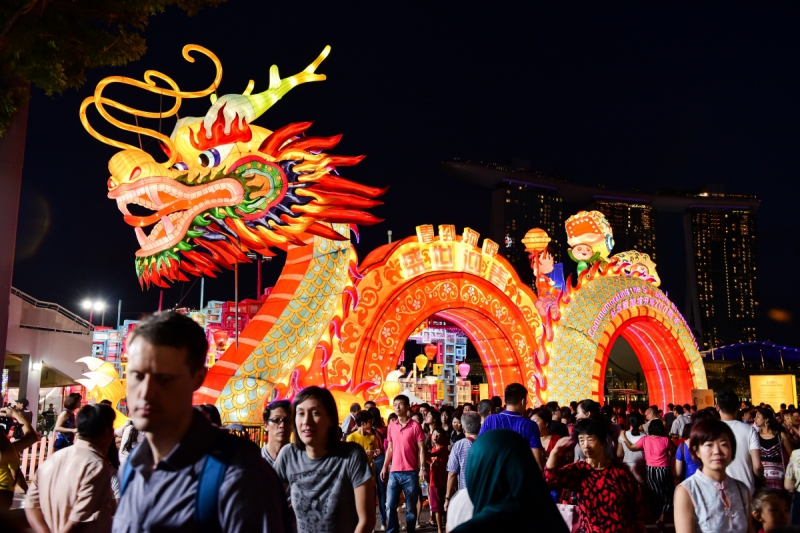 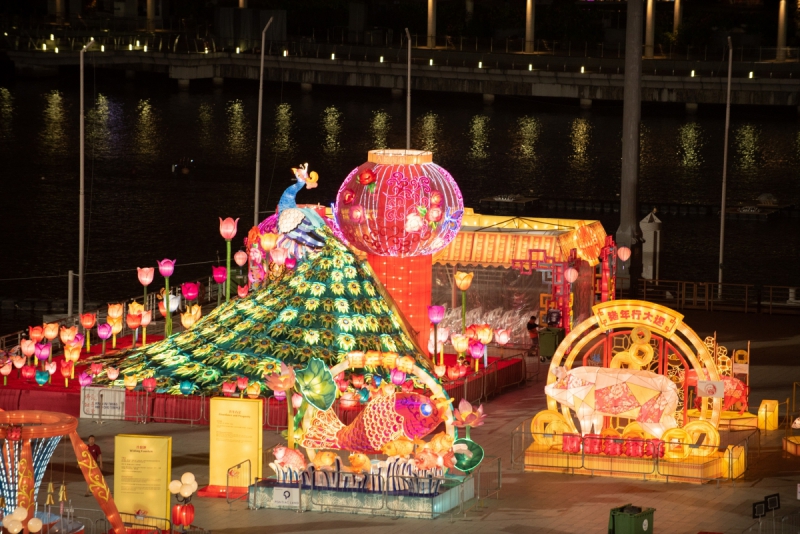 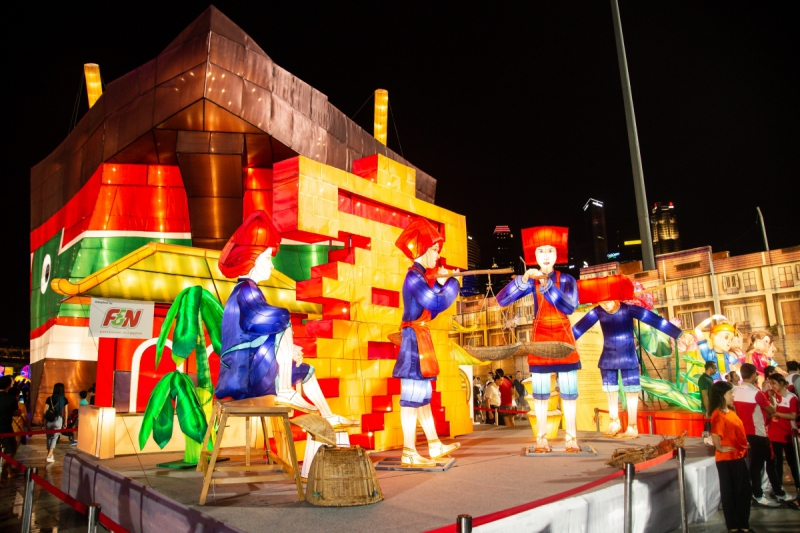 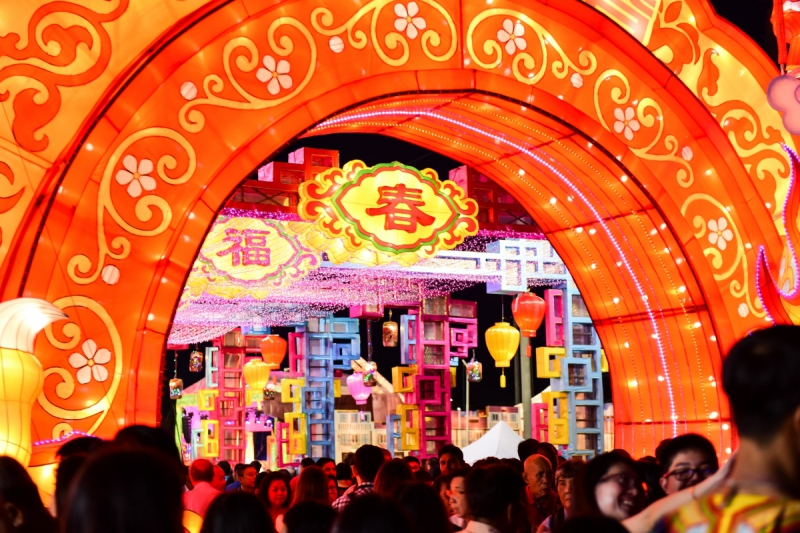 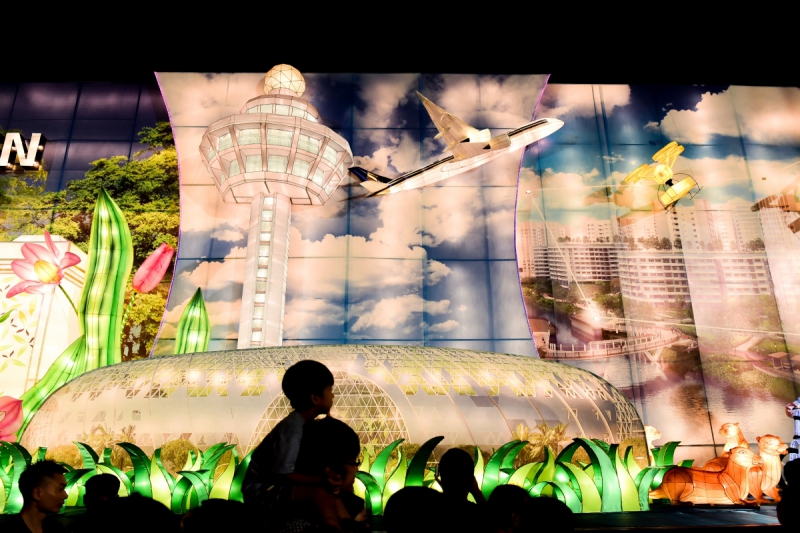 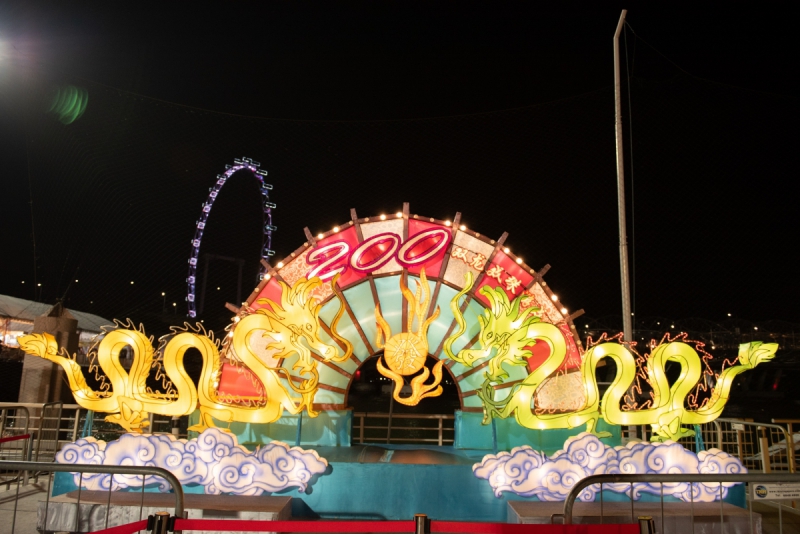 Standing at 18m tall, the God of Fortune is full of energy as he holds his Ruyi ceremonial sceptre in his right hand and welcomes visitors to River Hongbao 2019. Other lantern displays include a 30m long entrance walkway, a magnificent Singapore-themed lantern set (centrepiece of this year’s lantern display) and an interactive lantern set which visitors can play the buzz wire game.

An Interactive Exhibition: The Singapore River through time 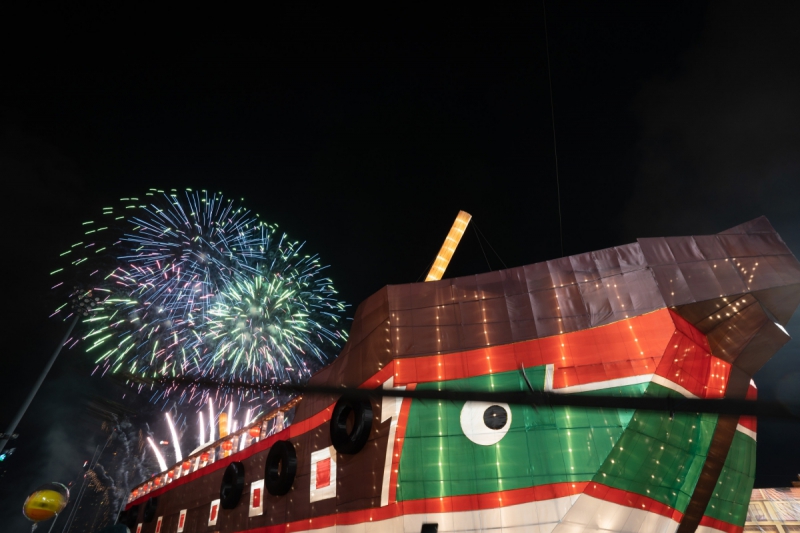 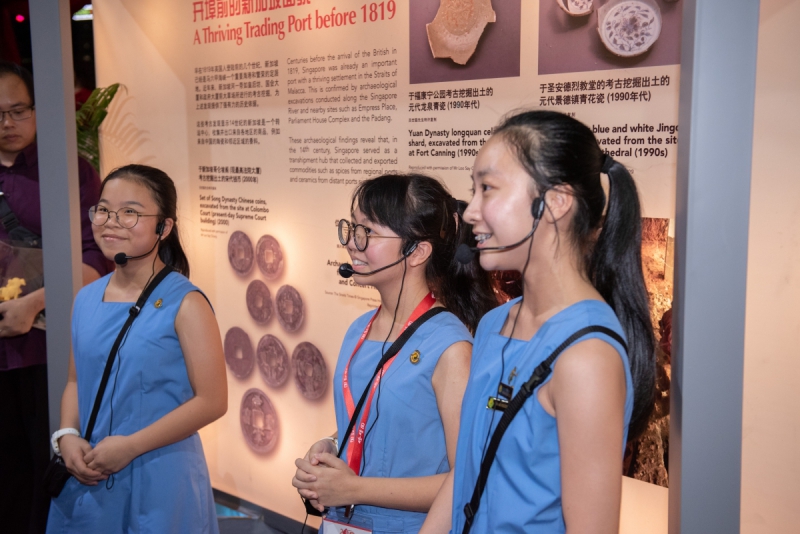 In this year’s River Hongbao, an interactive exhibition on the history of the Singapore river has been set up to tie in with the Bicentennial Commemoration of Singapore. The exhibition hall is built in the shape of a junk boat and visitors was taken on a historical ride into the past, exploring the factors that led Singapore to its pinnacle success today. 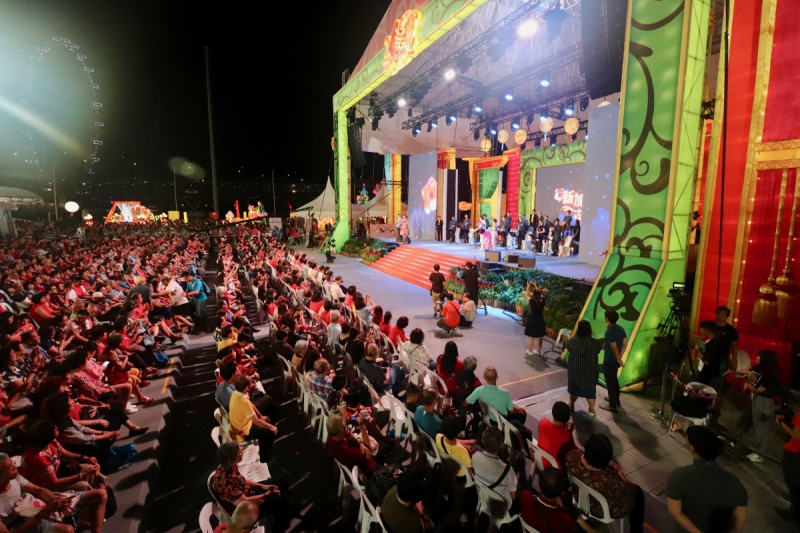 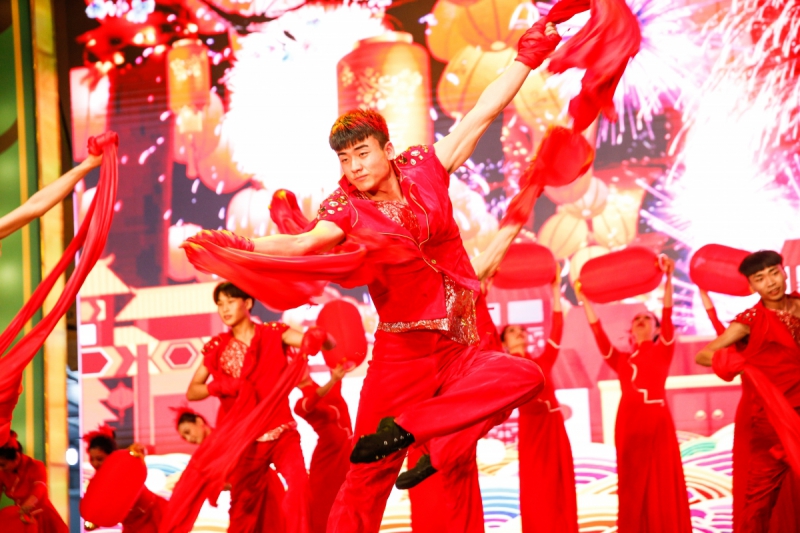 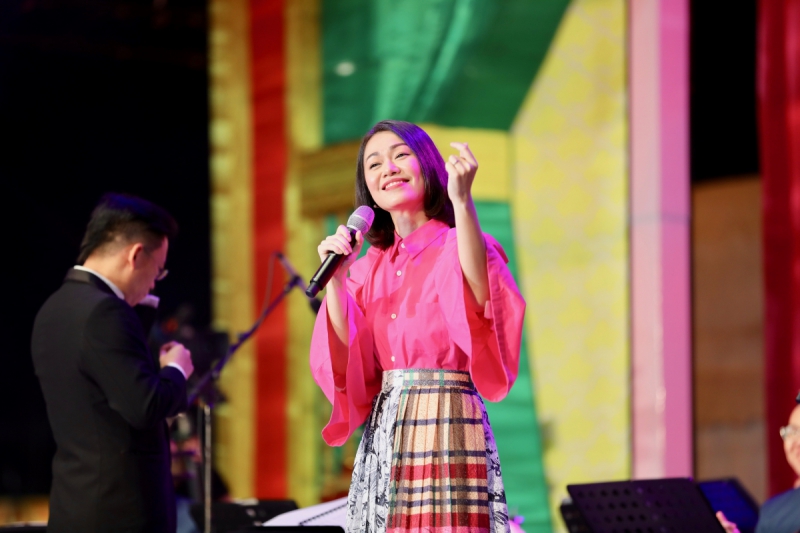 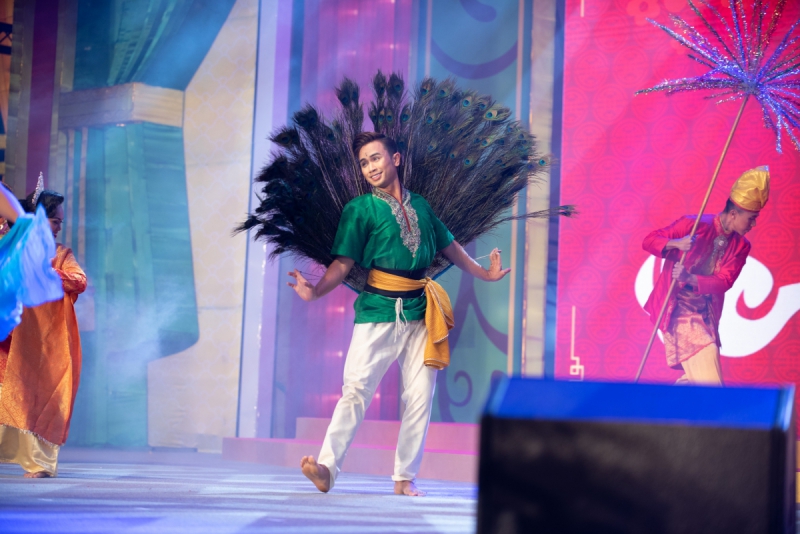 This year, both local celebrities and overseas performing groups were invited to present the audience with spectacular performances. From vocal to dance performances, the audience was definitely treated to a visual feast. On the last day, the theme was ‘Harmony Night’ and performances was put up by several cultural groups including, Chinese, Malay, Indian, Latin, Korean and many more! It definitely showed the multi-cultural unity of Singapore. 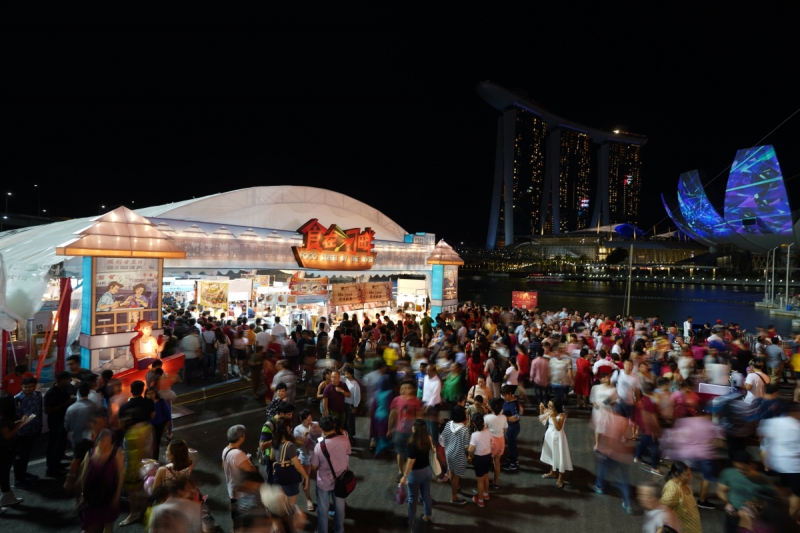 River Hongbao’s food street consisted of 40 booths dishing out both local and international snacks. Savory Turkish kebabs, yummy Japanese Takoyaki and dragon’s beard sweet were just some of the many food options available. 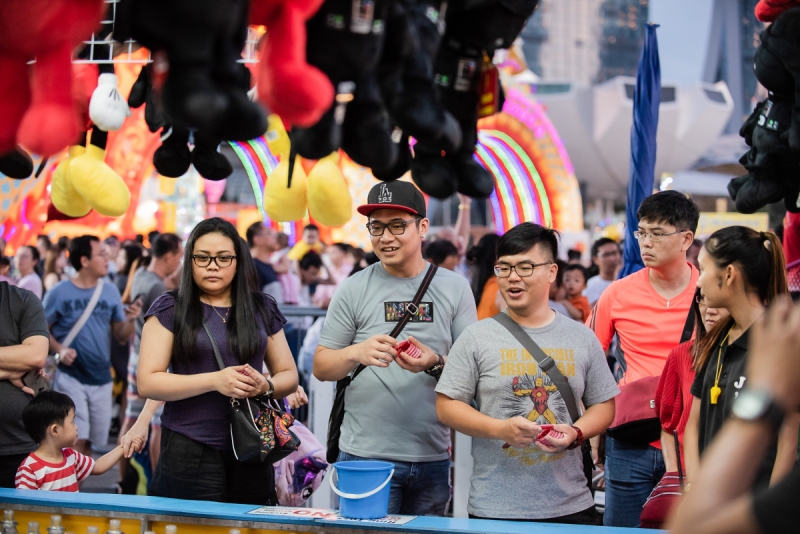 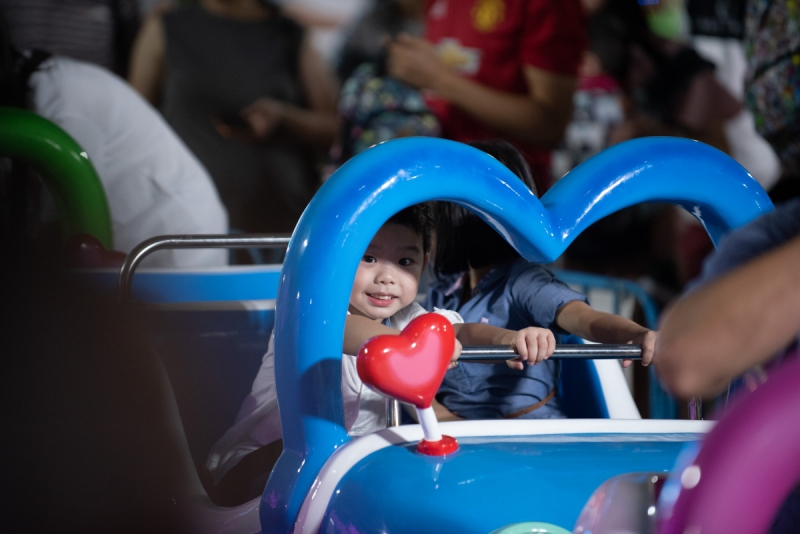 River Hongbao 2019 also featured a carnival filled with more than 20 thrilling rides and games for a night of fun and entertainment. Both young and old could totally enjoy themselves.

Throughout the span of River Hongbao 2019, spectacular fireworks shows were presented every night to visitors by international teams. Each firework display lasted 12 minutes and this is the longest ever at the annual Chinese New Year festival. The stunning fireworks shows undeniably received lots of positive feedback from visitors.

The People Behind the Scenes 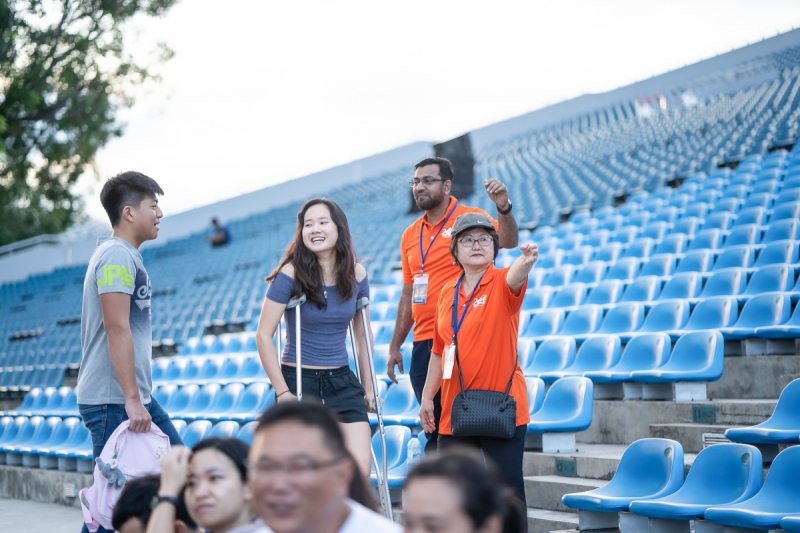 The hard work put in by the people working behind the scenes is definitely a factor that contributed to the success of this year’s event. A big thank you to everyone who participated in the planning and executing of the event. It was to you that such a wondrous event can be presented to the public.

As of now, River Hongbao 2019 has come to an end. We look forward to seeing everyone again and bringing back an even better River Hongbao next year.