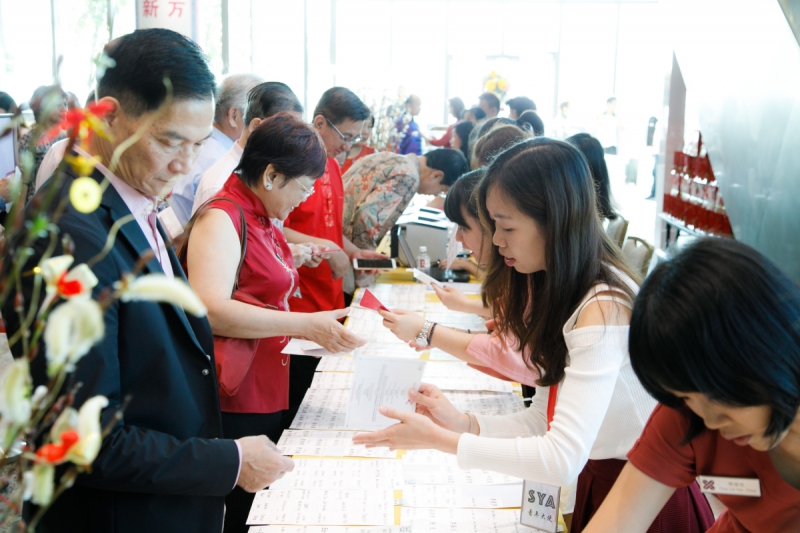 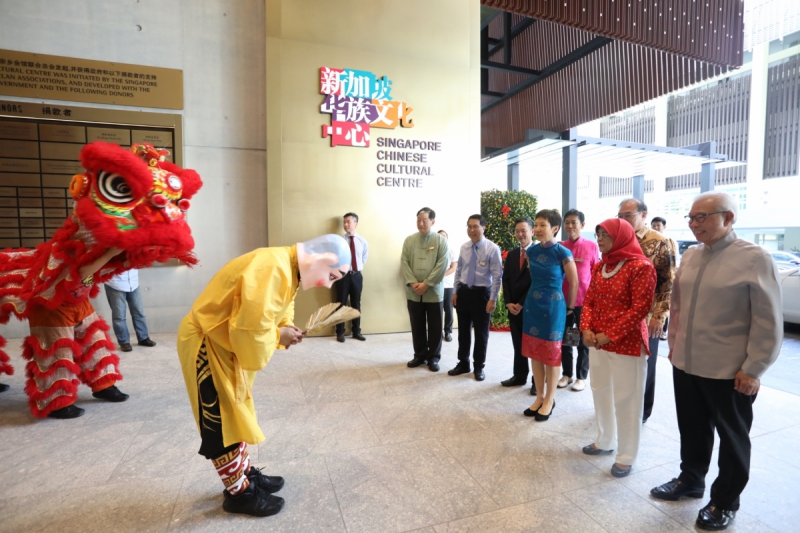 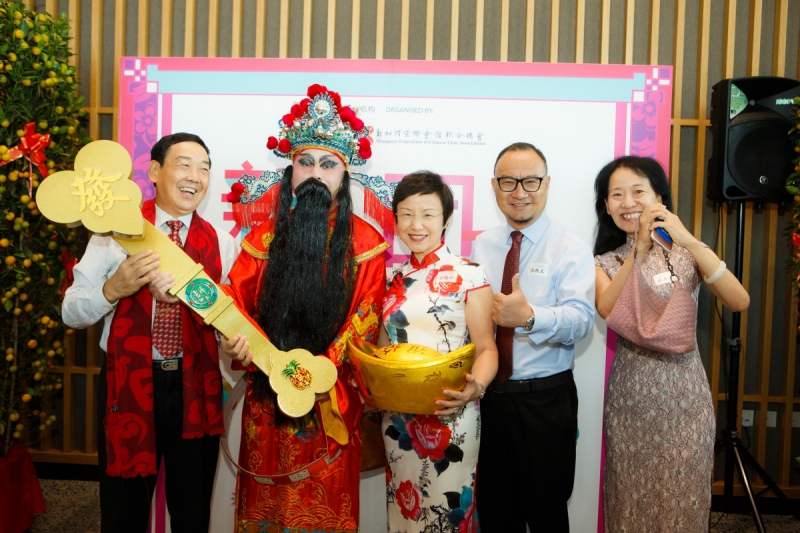 The God of Fortune, carrying his gold ingot and auspicious jade, was popular with the crowd 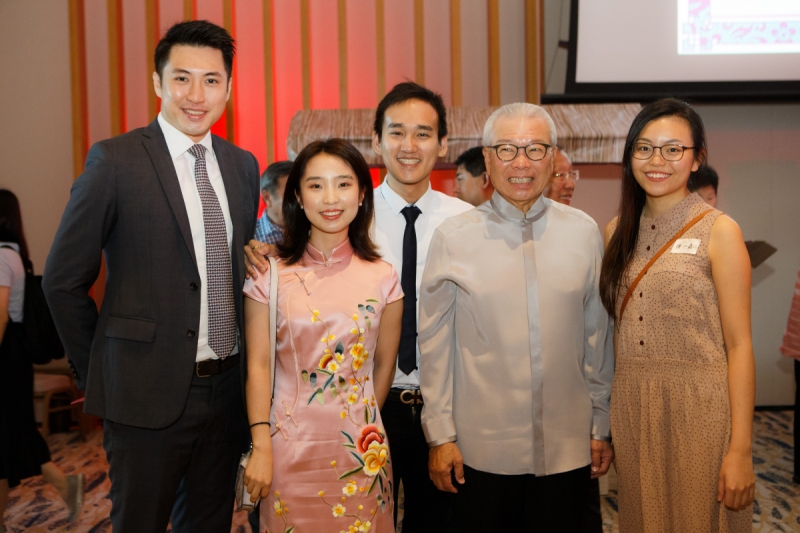 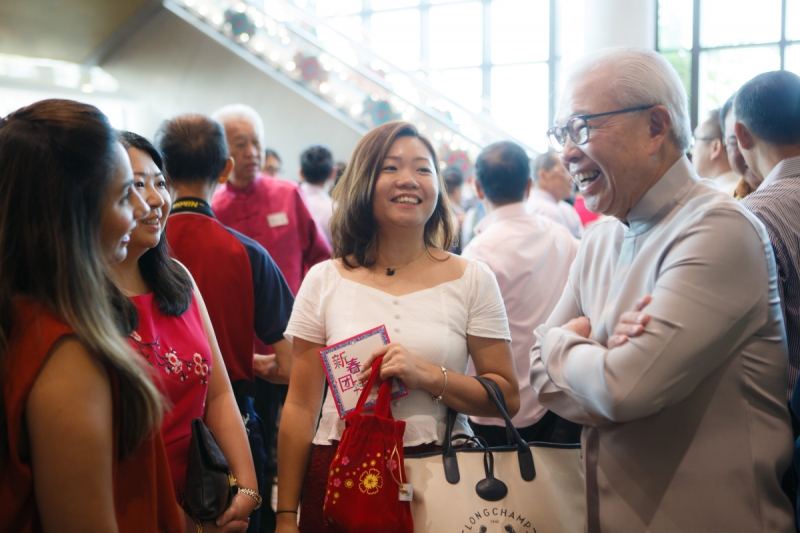 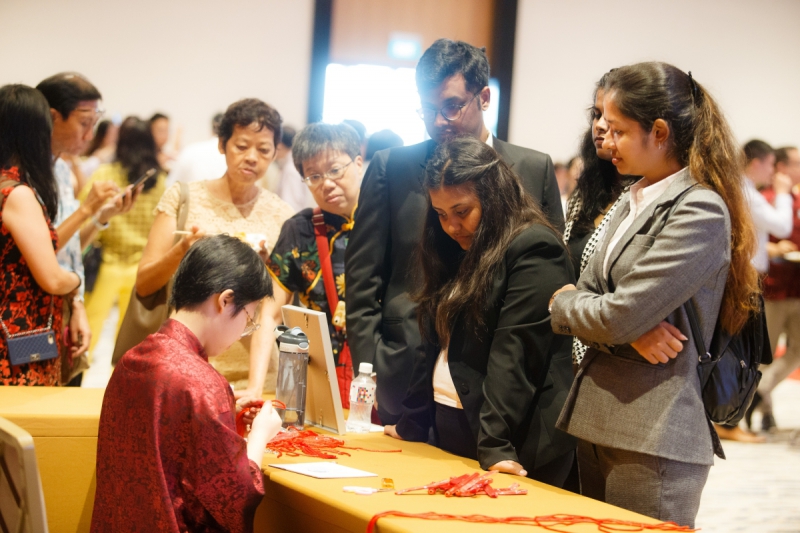 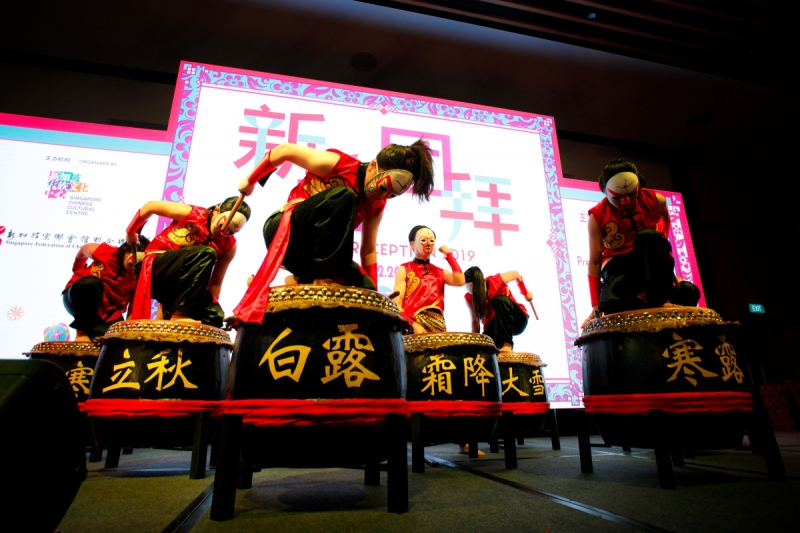 After an exciting opening performance, President Halimah, SFCCA Honorary President & Chairman of SCCC, Mr Chua Thian Poh, as well as President of SFCCA, Mr Tan Aik Hock, gave speeches respectively. In her speech, President Halimah emphasized the importance of culture in Singapore, which serves as a cohesive agent in bringing together people from all walks of life in this multi-cultural society. She also raised the point of how the local Singaporean culture is influenced by each ethnic group and expressed through innovative means, which helps to foster understanding between different ethnic groups. 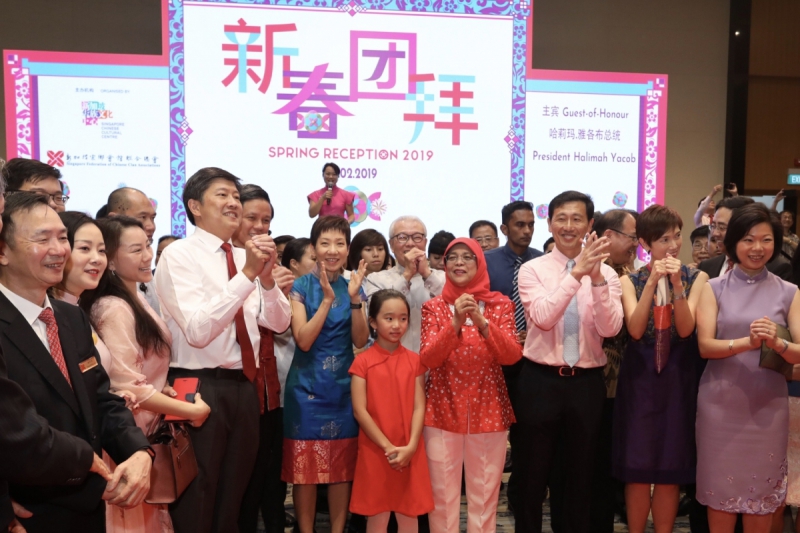 Guests enjoyed performances put up by members of local institutions and performing arts groups in the joyous atmosphere.They also took part in a flash mob and sing-along segment of Chinese New Year songs. 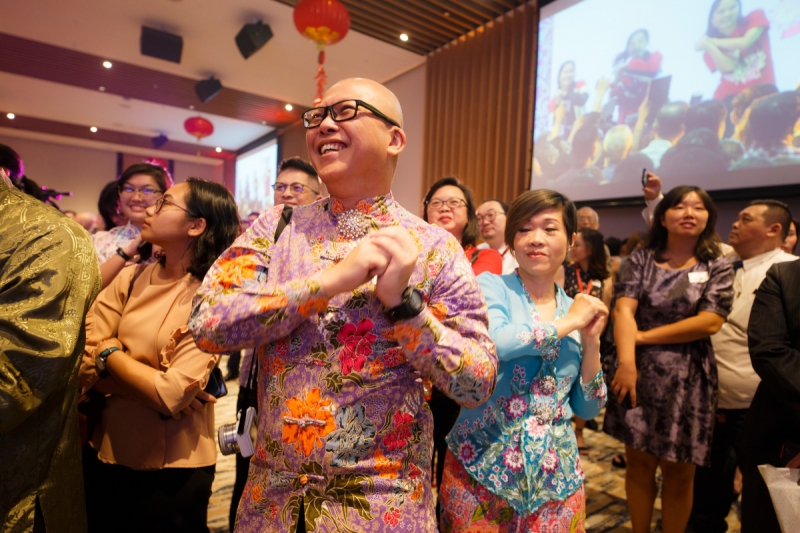 During the flash mob segment, audiences started to dance along with dancers on stage

President Halimah also toured the ongoing exhibitions at the Singapore Chinese Cultural Centre, namely the “So Much Fun” — An Ah Guo Special Exhibition, as well as the “New World, New Life” exhibition, which is organised by SFCCA. 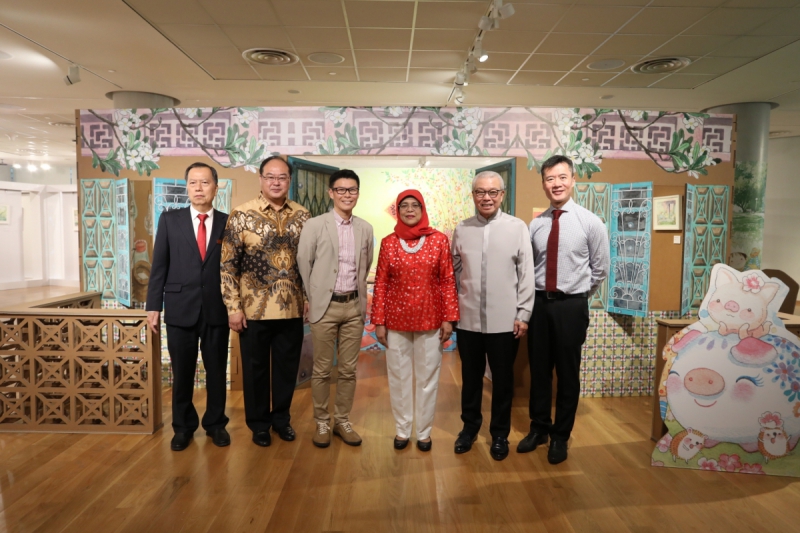 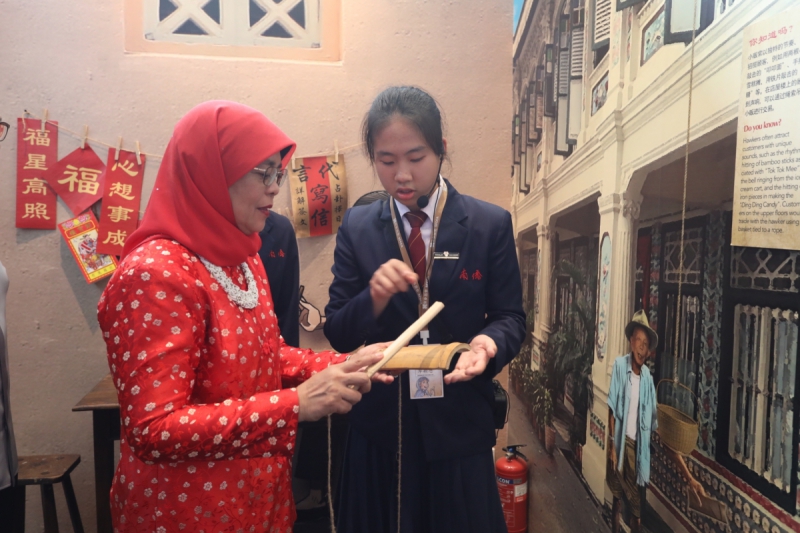 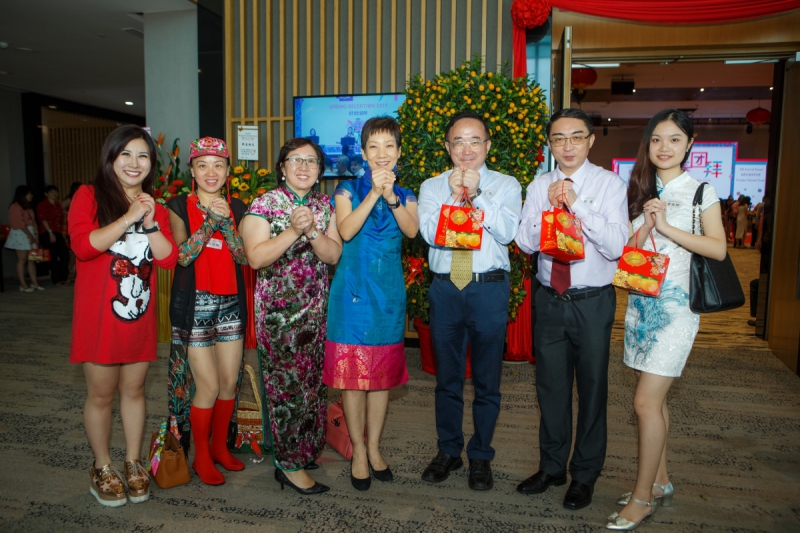 As the event came to an end, all guests at the Reception received and left with a lucky bag filled with mandarin oranges and blessings from the organisers.Fourth from left in picture: Minister for Culture, Community and Youth, Ms Grace Fu