Organised by Singapore Federation of Chinese Clan Associations (SFCCA), Singapore Chinese Cultural Centre (SCCC) and Chinese Daily Lianhe Zaobao, “My Singapore Future” Micro Film Competition concluded with an Award Ceremony at the SCCC on 24th June 2017. Mr Lawrence Wong, Minister for National Development & Second Minister for Finance, together with some 500 audience witnessed the birth of this edition’s winners, 13 entries from the competition clinched the awards. 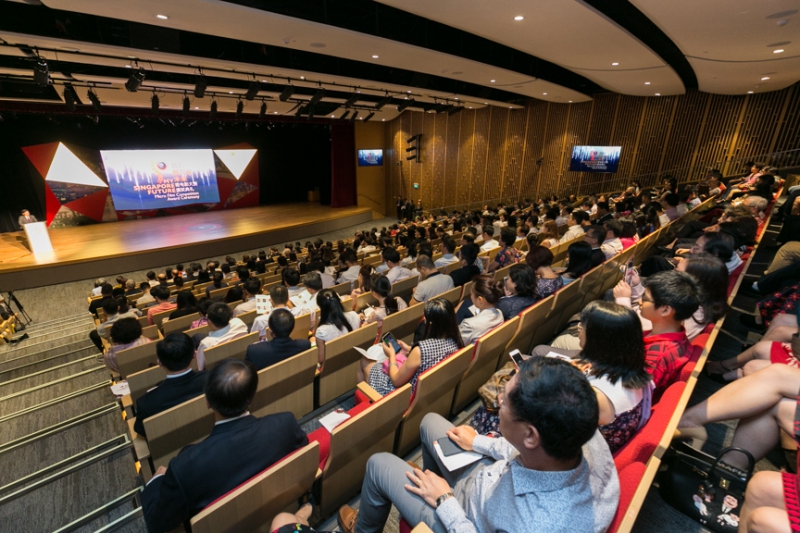 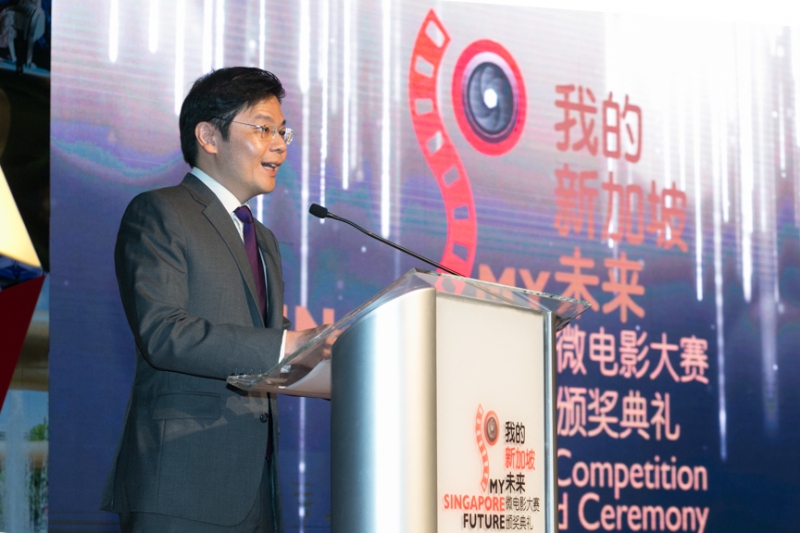 This year’s theme for the Micro Film Competition is “My Singapore Future”, against this backdrop, the organisers had specially arranged a Robot named Vivi to partner with Singapore’s popular host Danny Yeo to co-host the Award Ceremony. 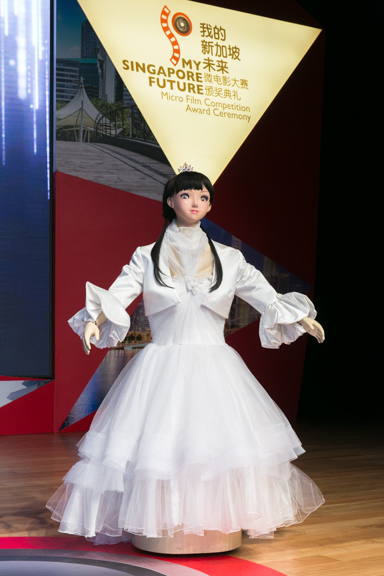 The biggest winner for this year’s Micro Film Competition went to “Joss Sticks and Paper Shop”《纸品店》from the Open Category whom clinched not only the Gold Award but also the Best Director Award and Best Actor/ Actress Award. The Micro Film “Joss Sticks and Paper Shop” depicts the story of an elderly father close to retirement, his only wish is to pass this business which he had inherited from his father to his only daughter.

However, his young daughter had no interest in this old trade, whose interest lies only in fashion and aspired to work in fashion-related fields. When his daughter suffered setbacks from work and came back to help his father in his shop, she started to appreciate his father’s work. She started to realise that his father possessed the qualities which she lacked terribly in terms of work attitude and interpersonal relationships. Henceforth, her attitude towards her father and the business started to change… 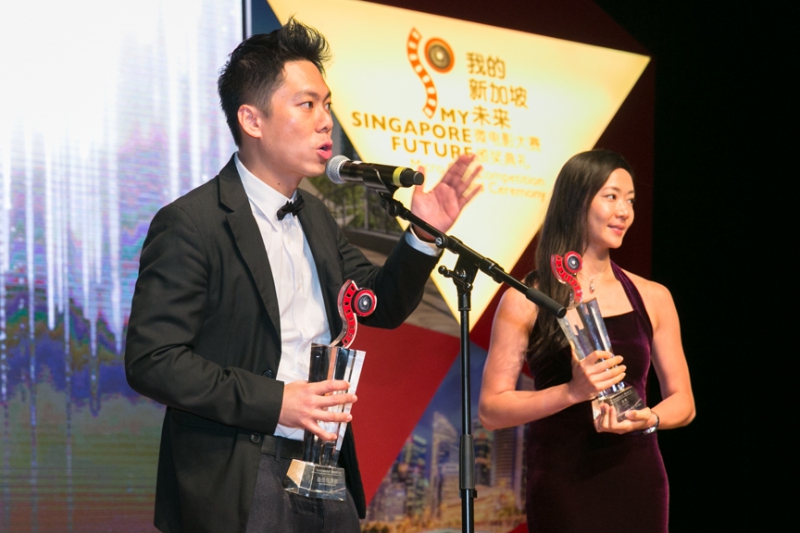 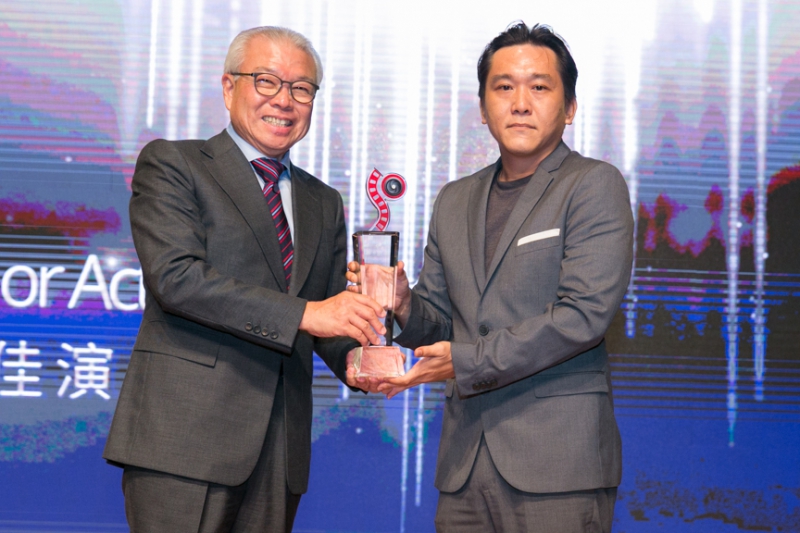 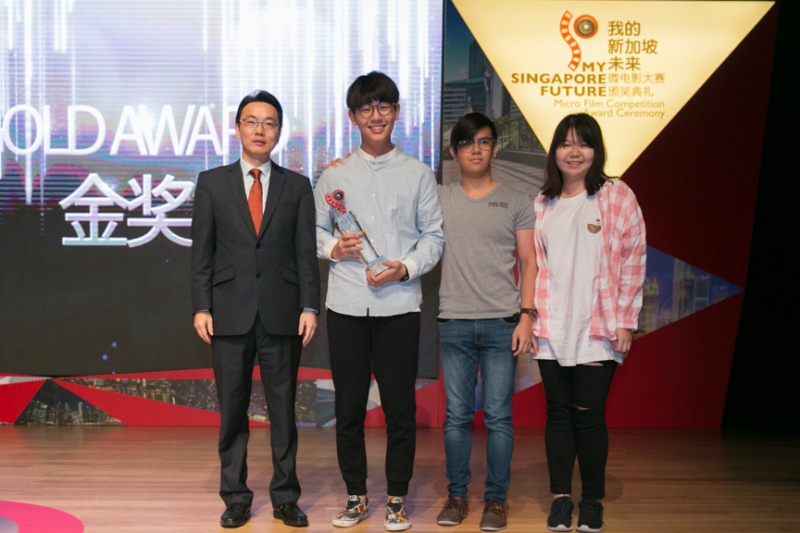 In an effort to strengthen the mission and to enhance participation, the organisers introduce “Singapore Online Video Award” for the public to nominate the videos that best define our “Singaporean-ness”. “The New Guy in Town” by Wah!Banana won the award. 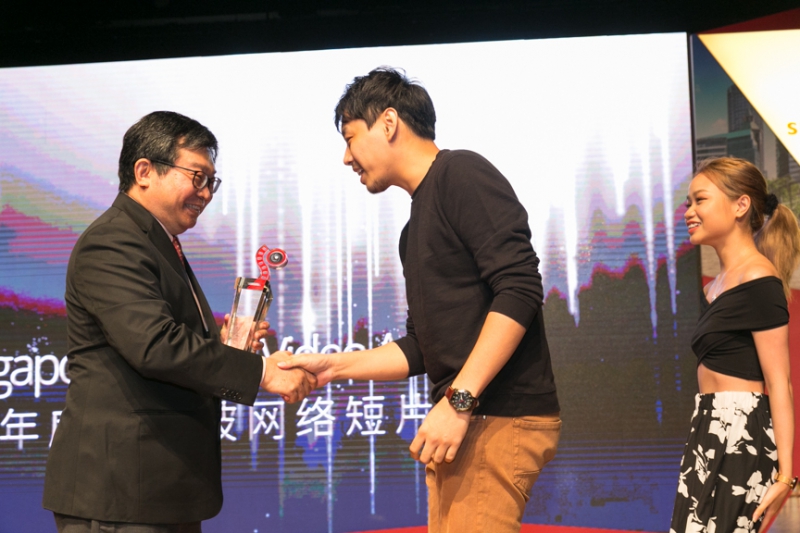 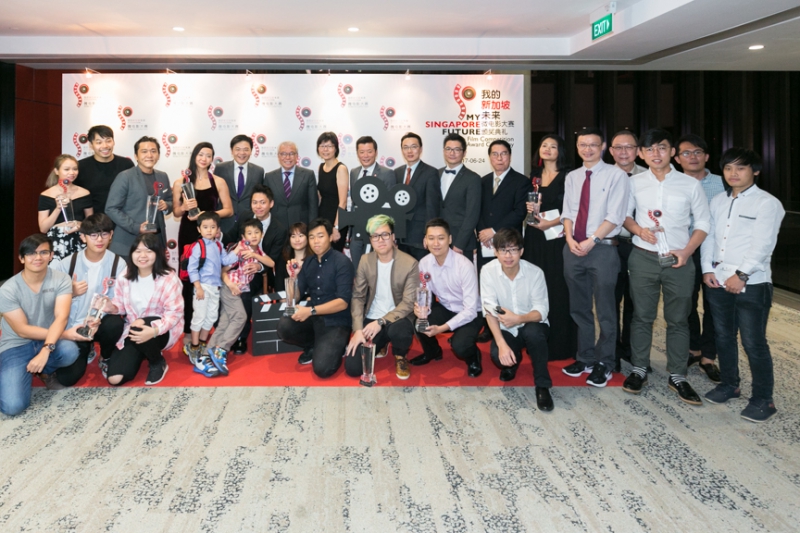 Group photos with the guests and award winners

Special mention to violinist Ms Lina who performed 2 songs as our special guest during the Award Ceremony. 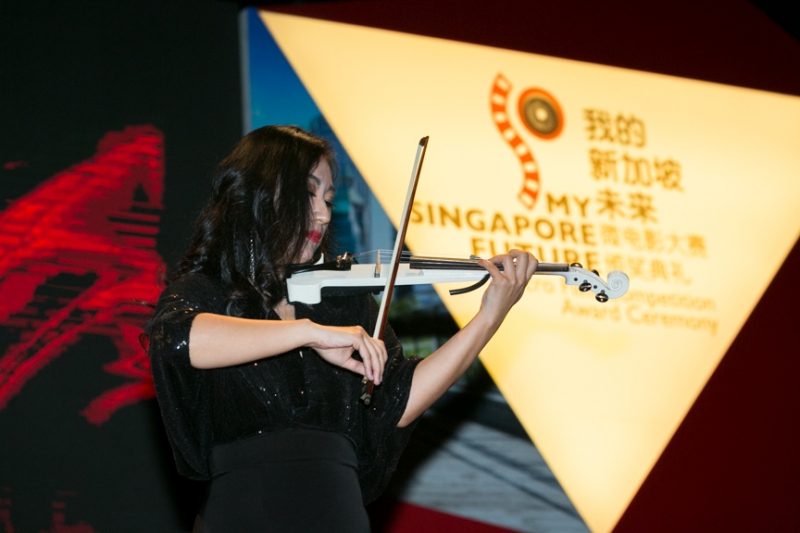 Awards winning films are available for viewing for the public at the official page: http://microfilm.zaobao.com/2016.